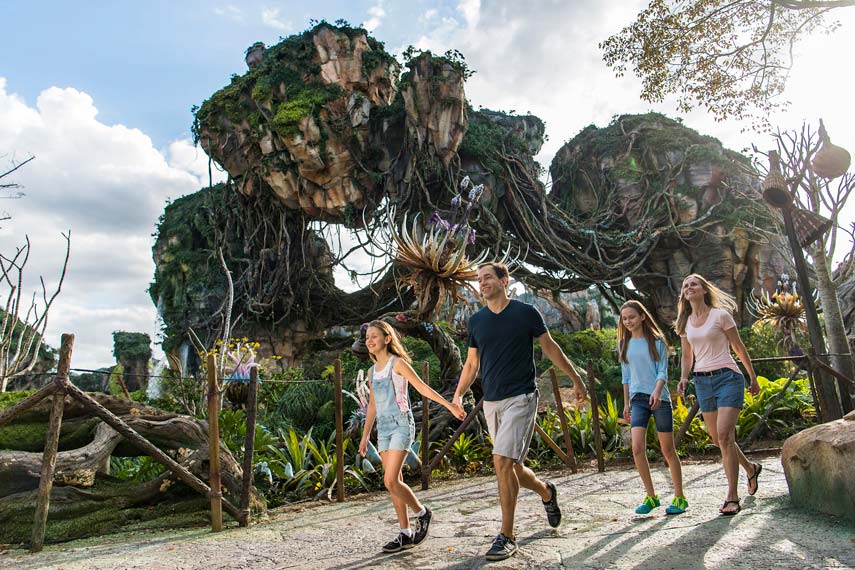 Apparently it’s okay to be pregnant and travel 4.5 light years away to the alien world of Pandora, at least when it’s replicated in Walt Disney World by Disney Imagineers and artists from James Cameron’s team.

Williams shared the following photo on Instagram today and stated “Pandora was unreal.”

Had the best time at Disney, Pandora was unreal!!#visitpandora

Yes, if you couldn’t tell from her baby bump, Serena was pregnant during her visit. Which makes me wonder if there are any pregnancy restrictions on the Flight of Passage attraction (which is similar to Soarin’, but with a saddle seat that locks you in with a brace across your back). The boat ride may make certain people nauseous, but it probably has no restrictions.

Pandora – The World of Avatar officially opens to the public on May 27, but the park has been holding previews for cast members and their friends and family. Limited media tours have also begun and will continue through the 26th.

The Avatar-themed land is set after the last of Cameron’s four sequels, however, the next sequel won’t even hit theaters until 2020. In the land, a generation has passed since the events of the films and the Na’vi are just now allowing humans to come back and help repair the damange they did to the environment. Guests are part of a visiting eco-tour, at least that’s the conceit of Disney’s Imagineers.