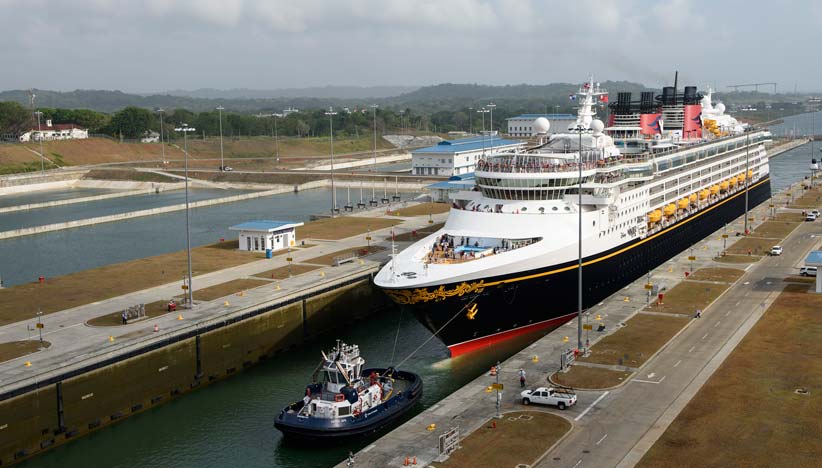 The Disney Wonder Panama Canal crossing is part of a 14-night voyage from Port Canaveral, Fla., to San Diego to embark on cruises up and down the west coast of North America. The ship will cruise from San Diego to Mexico for most of May then sail up the coast to Vancouver, BC for summer trips into Alaska. Afterwards it will spend about another month in San Diego on Mexico itineraries before crossing back through the Panama Canal.

On this voyage the Disney Wonder began its passage on the expanded waterway at the new Agua Clara Locks, heading south through Gatun Lake and the Cuebra Cut to the new Cocoli Locks before exciting to the Pacific. Now that’s something guest aboard the Disney Wonder could Instagram with pride.

The Disney Cruise Line 2,713-passenger ship was transformed in late 2016, expanding the length of the Disney Wonder to 984 feet. Headlining the ship’s enhancements are new imaginative spaces for children – including areas themed to the Marvel Universe and Disney’s “Frozen” – a jazzy restaurant inspired by Disney’s “Princess and the Frog,” and an authentic neighborhood English pub with subtle nods to classic Disney films.