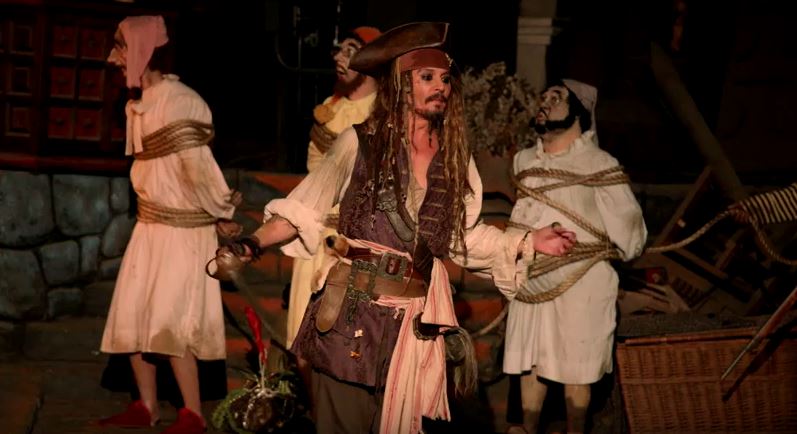 You may have seen some cellphone video earlier, but this official footage from Disney is much clearer and, I think more revealing:

The weird thing about this is that there was always an urban legend that Johnny Depp had done this before. Cast Members would often field questions from guests if that was really Johnny Depp. That urban legend is probably here to stay now.