A Galaxy of Star Wars Experiences at Disney’s Hollywood Studios 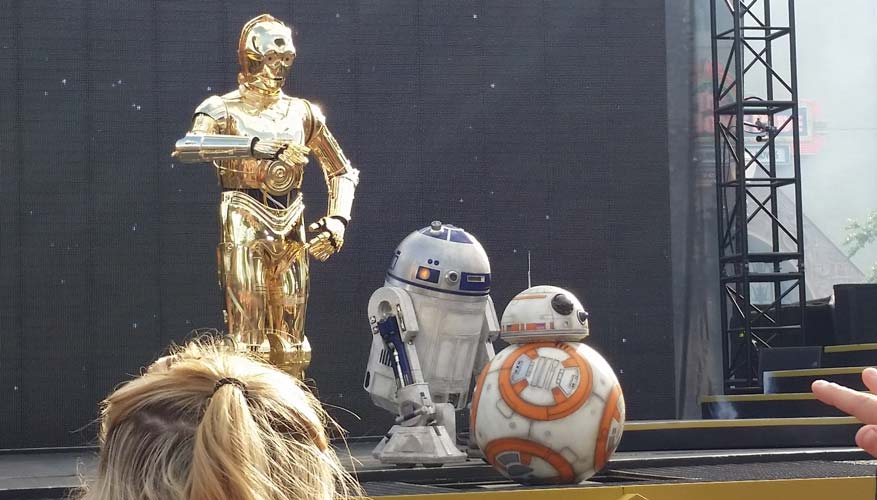 It would not be an understatement that the new information we learned about the Star Wars-themed land coming to Disney’s Hollywood Studios promises to revolutionize how guests experience theme parks. That may be the case, but 2019 is still a long way off and Disney wants to capitalize on the Star Wars franchise in the parks between now and then.

To do so, they’re offering a galaxy of Star Wars experiences at Disney’s Hollywood Studios ranging from live entertainment, upgrades to existing rides, new memorabilia, and even a themed tour. There’s also a nighttime fireworks, laser, and digital projection show that you must-see. 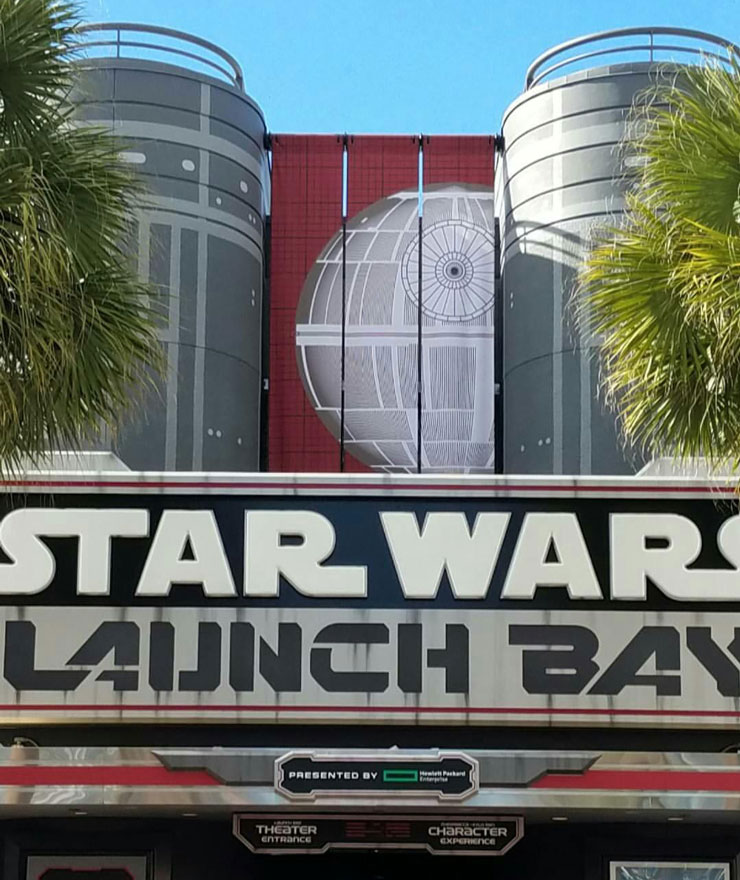 Star Tours – The Adventures Continue Randomized tracks have returned to Star Tours – the Adventures Continue, the popular attraction that uses motion simulator-based technology. Instead of each ride experience launching from the planet of Jakku, the attraction is randomized to both start and end at different locations for every galactic journey. New scenes from “Star Wars: Episode VIII” will be added to Star Tours later in 2017.

Jedi Training: Trials of the Temple This popular entertainment offering was reimagined with new characters and a new villain to battle from Star Wars Rebels, the popular Disney XD series. Younglings are magically transported to a secret and ancient Jedi temple where they will face villains such as Darth Vader and the Seventh Sister Inquisitor from Star Wars Rebels, and discover if they have the makings of a true Jedi.

March of the First Order Clear the way for Captain Phasma as this ruthless commander leads her squad of Stormtroopers up Hollywood Boulevard to Center Stage at Disney’s Hollywood Studios—and witness a daunting demonstration of the First Order’s obedience and strength.

Star Wars: A Galaxy Far, Far Away Witness the power of a live show that brings iconic Star Wars scenes to life—including moments from Rogue One: A Star Wars Story.

Guided Tours For the ultimate fan comes the ultimate tour. An all-new Star Wars guided tour is a seven-hour immersion in all the park’s current Star Wars experiences. Here’s what it includes:

Younglings ages 4-12 on the guided tour package can also train in the way of The Force in Jedi Training: Trials of the Temple. Priced at $129 per person, tours are offered on Mondays and Saturdays throughout 2017.