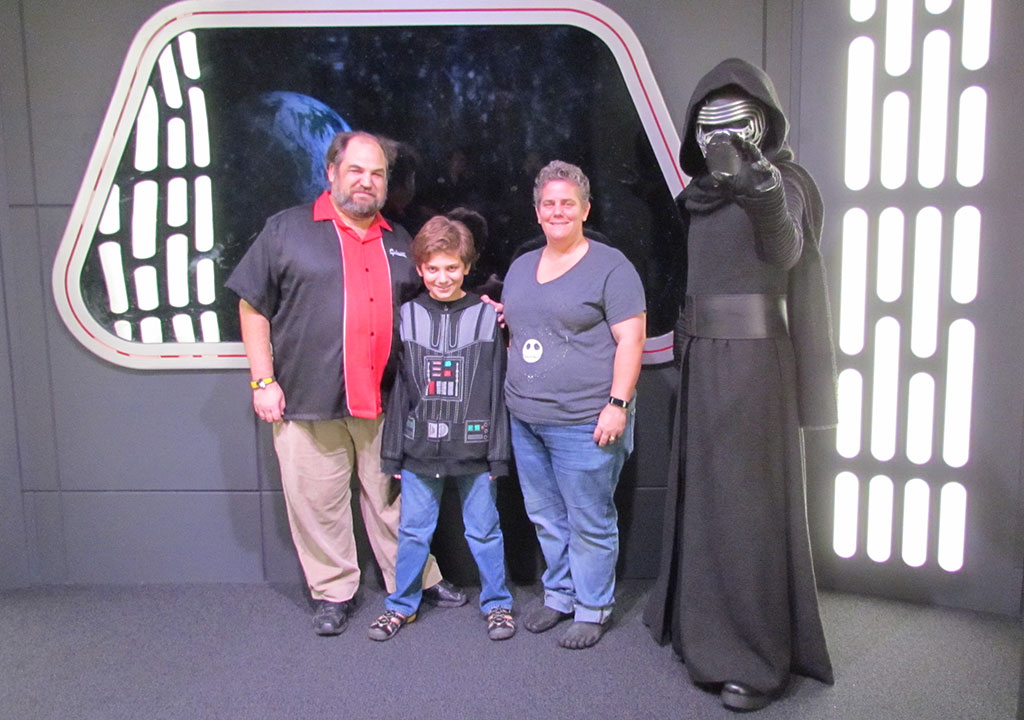 Yesterday was the first day to meet the offspring of Han Solo and Genera Leia Organa at the Star Wars Launch Bay exhibit inside Disney’s Hollywood Studios. As we found out in “Star Wars: The Force Awakens,” Ben Solo has turned to the dark side and become Kylo Ren. We stopped by for a personal encounter.

As Disney Visa holders were were able to pick between the regular queue or a separate encounter. Protip: Choose wisely. While the regular meet and greet line may look long, the Disney Visa line moves slower. We waited longer than the posted time for Kylo Ren’s main queue. If the line is out the door for the Disney Visa event, you’ll be waiting around 30-40 minutes depending on how fast groups move in front of you.

He’s an intimidating presence, particularly the way he moves around the room. As you can tell by the video he keeps his voice low (probably so those in queue outside don’t hear), so make sure everyone hurries into the room if you don’t want to miss any of of the performance. We also heard that Kylo Ren avoids personal contact, so don’t expect autographs or warm hugs. Go find Anna and Elsa if that’s for you.

Kylo Ren took over the spot previously held by Darth Vader. Right now Vader is not available for meet and greets at Disney’s Hollywood Studios. However, Star Wars Launch Bay is designed to make it easy to switch out the characters, so he might come back when “Rogue One: A Star Wars Story” hits theaters this December.