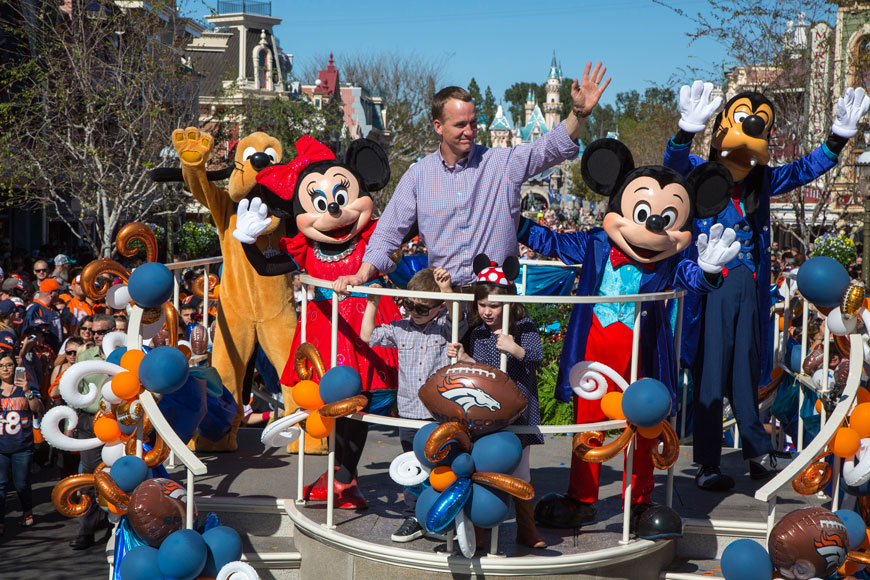 There’s a tradition that follows nearly every Super Bowl. The victory sealed, confetti still in the air, a question is asked “What’s Next?”, and someone declares, “I’m going to Disneyland!”

While Denver Broncos Linebacker Von Miller may have been selected the Most Valuable Player of this year’s Super Bowl, it was the Quarterback Peyton Manning who found himself going to Disneyland today for a victory parade. That’s not unheard of, but it is unusual.

Manning is the NFL’s all-time leader in passing yards and touchdown passes in an 18-year career that includes 14 Pro Bowl selections, two Super Bowl championships and an NFL-record five regular-season MVP awards. Even if your team lost yesterday, you have to admit Manning is deserving of every honor. 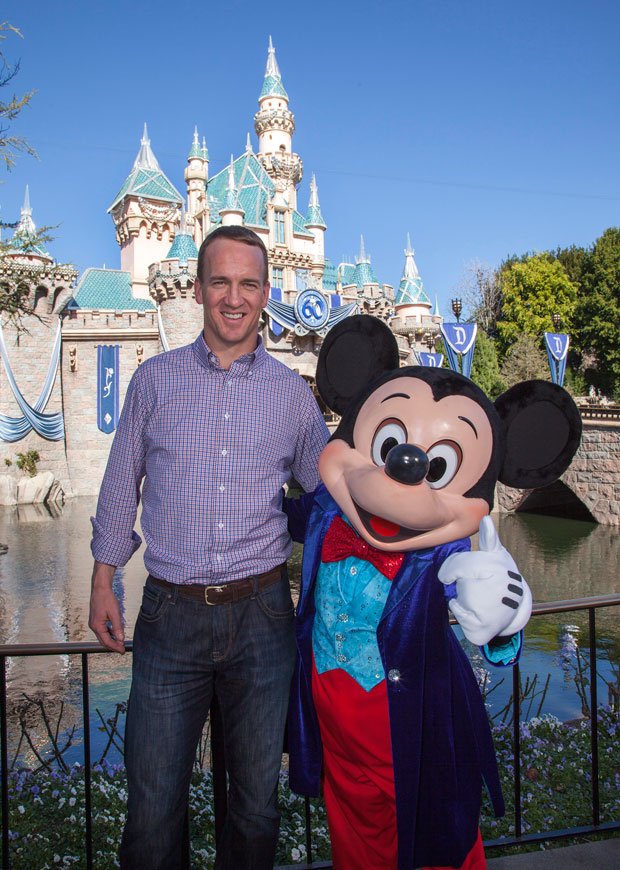 Manning and his family rode a float down Main Street while smiling and waving to thousands of cheering fans. Along for the fun were many beloved Disney characters. He then answered a few questions bout the privilege.

At Disneyland park on Monday, Manning said: “It was an honor to celebrate our Super Bowl victory at Disneyland.”