Foodies rejoice. A restaurant serving food from some of Central Florida’s best chefs is now open at Disney Springs. The Polite Pig is a fast-casual plus location in the Town Center area of the shopping and entertainment district at Walt Disney World.

The much anticipate restaurant is a partnership between award winning chefs James and Julie Petrakis and James’ brother Brian. James and Julie own The Ravenous Pig and Cask & Larger in Winter Park, Florida, while Brian owns Greens & Grille in Orlando.

The concept behind The Polite Pig is to focus on local flavors and ingredients delivering big taste in a beautiful facility. The main entrees feature wood-fired, smoked “Modern Barbecue” and all the adult beverages are on tap.

As with all locations in Disney Springs, The Polite Pig has its own backstory. In this case it’s inside a former Farmers Market. The indoor seating is bright and clean and the outside patio looks enjoyable as well. There’s an indoor/outdoor bourbon bar connecting the two spaces.

The Polite Pig is easy to find, it’s at the junction of the MarketPlace district and right at the bottom of the escalators that lead up to the Lime Parking Garage.

As with most southern BBQ establishments, there are paper towels on the tables and meals are served on paper lined metal trays. If you don’t want an adult beverage, there are fountain drinks and sweet and regular iced tea. The Polite Pig also features four types of BBQ sauce you might find in various parts of the south (Carolinas, Texas, Alabama, and Kansas City if my taste buds are any judge). You might also want to try the Spiced Vinegar, which is a western Carolinas sauce that features a unique blend of spices, good on all smoked meats. I found that an mixing the Black Pepper and Sweet BBQ sauce together in equal portions made the perfect BBQ sauce for me.

Ordering at The Polite Pig is mainly done at the register counter, however, after you’re seated a server can help you order additional menu items or drinks. If you’re seated at the bar the bartender will take your order.

After placing your order, take your Place Tracker to your table. This will let the cast member find you and bring your food to you. Then head to the condiment bar to stock up on sauces. The drink station is nearby if you ordered a fountain drink.

They call it ‘fast-casual’ service, but it’s really fast-casual-plus since servers can also help you order items. The restaurant is on the Disney Dining Plan as a Table Service Credit. You may also want to tip your server (you’re prompted to do so when you pay at the register, but you can also leave a tip at your table).

I stopped by for dinner last night and had already finished most of my meal when I was invited by the great Len Testa of TouringPlans.com to join him at his tasting table. He ordered one of almost everything on the menu and allowed the people in his party to sample some of each.

From the appetizers, we tried the Salt Pretzel with Beer Cheese Fondue and IPA Mustard (the consensus winner of the evening), Cracklins (spicy but yummy) and the Smoked Chicken Wings (the pickled carrots were the star of that dish).

Moving on to salads and sides, we tried the Simple Greens salad, which was crisp and fresh and just a tad bit underdressed. I enjoyed the Sweet Potato Tots, Potato Salad, and Baked Beans. But the real winning side dishes are the Crispy Brussels Sprouts and BBQ Cauliflower.

Here’s a tip. The Smoker entrees come with a side while you have to pay an extra $4 for a side with your sandwich. The sides are big enough to share, so if you get a sandwich and an entree, the one side will probably be sufficient.

Vegetarians will find some great sides to enjoy here, Vegans will need to inquire (the simple greens salad and brussels sprouts are but BBQ Cauliflower is not (unless they hold the sauce)).

I had to leave before desserts were served, but they sounded delicious. I’ll be back to try them soon for sure.

I was able to try one of the $10 cocktails on tap. The Old-Fashioned was tasty, although I did miss the hand-crafted touch. A fellow diner had the Vodka Lemonade and reported it was excellent. Your mileage may vary.

On the beer menu there are four Cask and Larder drinks on tap as well as some Central Florida brands. There’s also a collection of 50 bourbons at the bourbon bar. Plenty to explore for later.

I don’t want to leave before I comment on the very helpful staff. Between my order and the time I left, we were check on no less than 10 times by staff to see if there was anything we needed.

In addition to being on the Disney Dining Plan, there are DVC and AP discounts at The Polite Pig.

The prices at The Polite Pig puts it somewhere in the range of Wolfgang Puck Express and D-Luxe Burger. There are a range of prices, but the restaurant won’t dethrone Blaze Pizza and Earl of Sandwich as the best value options. That said, the portions were good and the flavors solid enough to compete with some of the newer favorites at Disney Springs. If you want good southern BBQ, it’s more reasonable alternative to Art Smith’s Homecoming. If you don’t mind your drinks on tap, you’ll save a few bucks over The BoatHouse as well.

I’m predicting the queue for The Polite Pig will stay busy for the foreseeable future. You’ll come for something new and stay for the great southern food and service with a very polite smile. 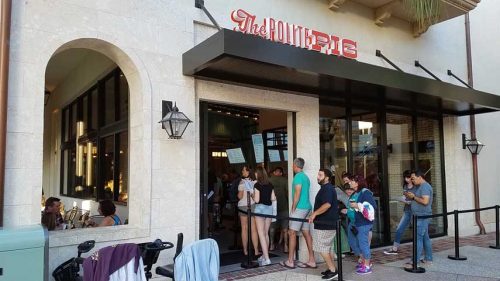 No surprise to find a queue to get in 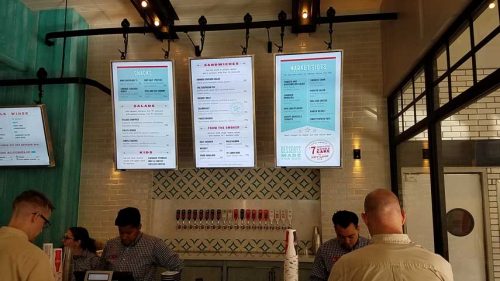 Menu above the registers 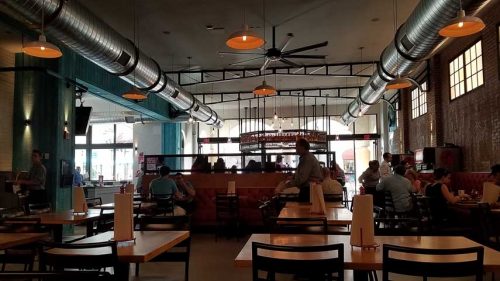 Looking from the back of the dining room 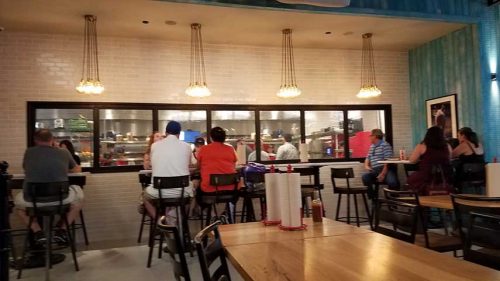 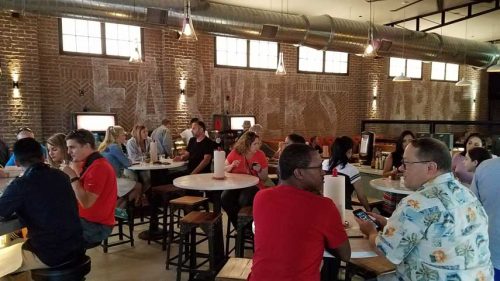 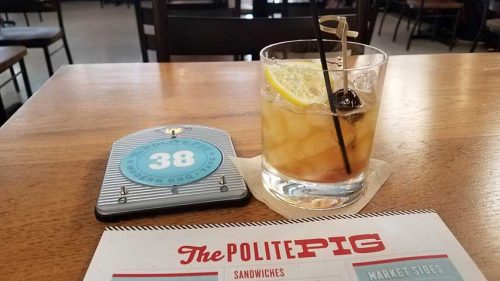 Placed my order waiting for food, sipping an old fashioned. Doesn’t get much better than this 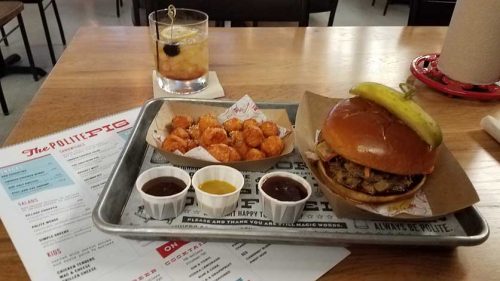 My meal has arrived 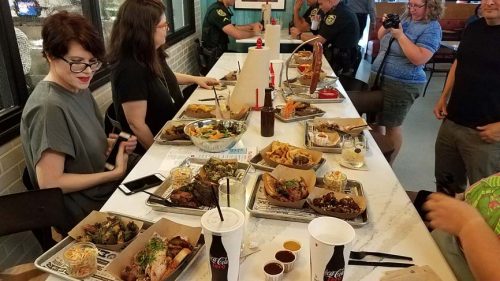 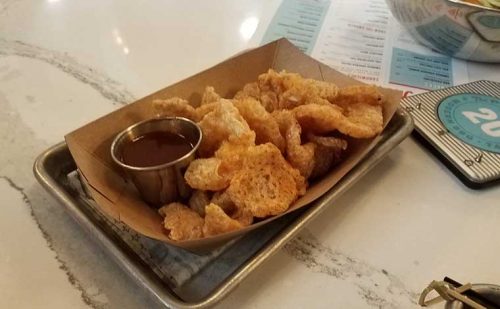 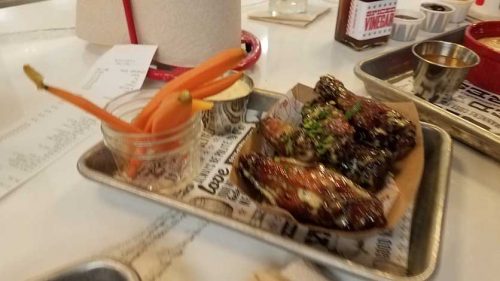 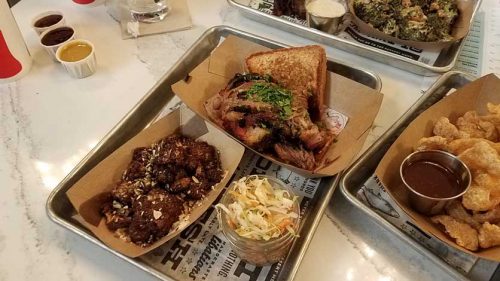 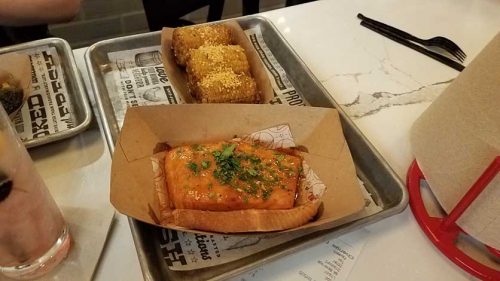 Salmon and corn on the cob 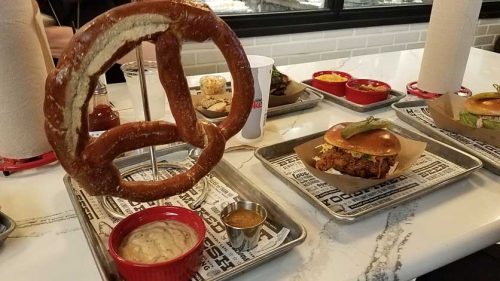 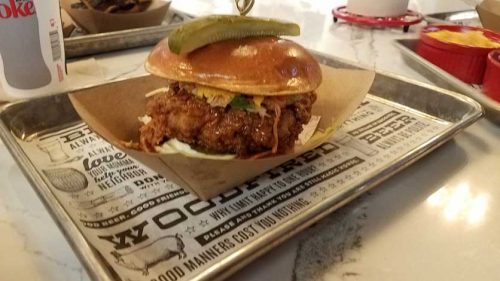 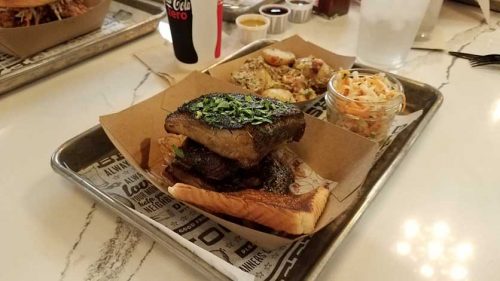 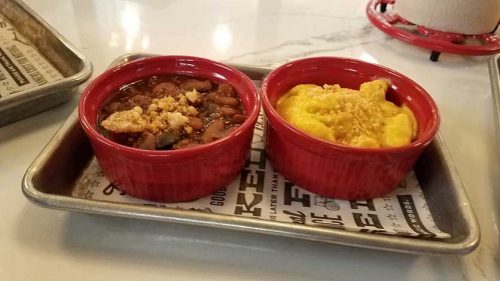 Beans and Mac and Cheese 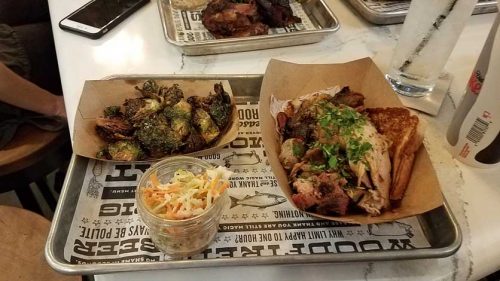 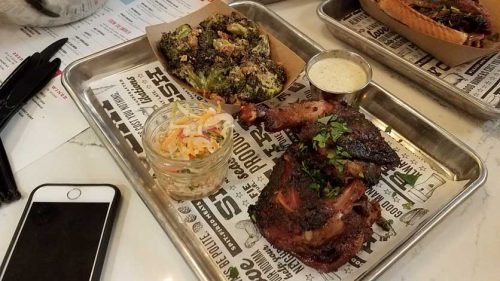 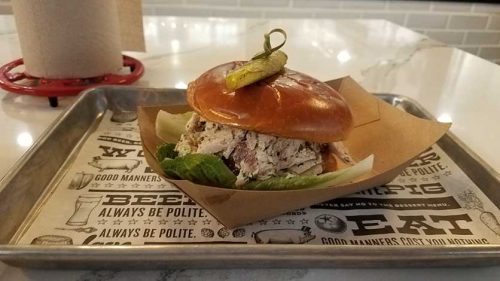 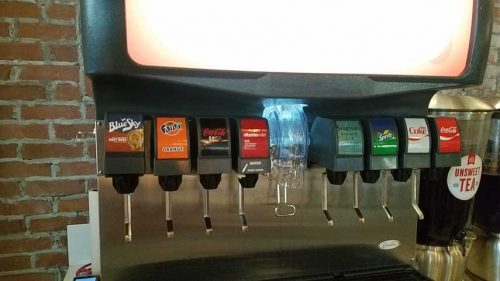 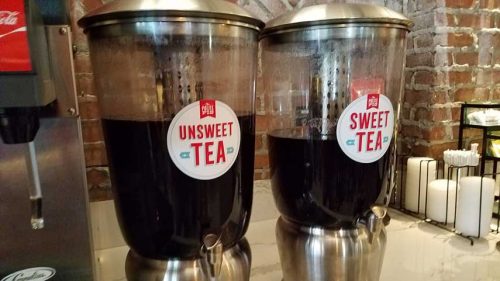 The Polite Pig is open for Lunch and Dinner each day at Disney Springs. Who wants to join me for a meal?

previous“Beauty and the Beast” as told by LEGO
nextFirst Thor: Ragnarok trailer is epic adventure