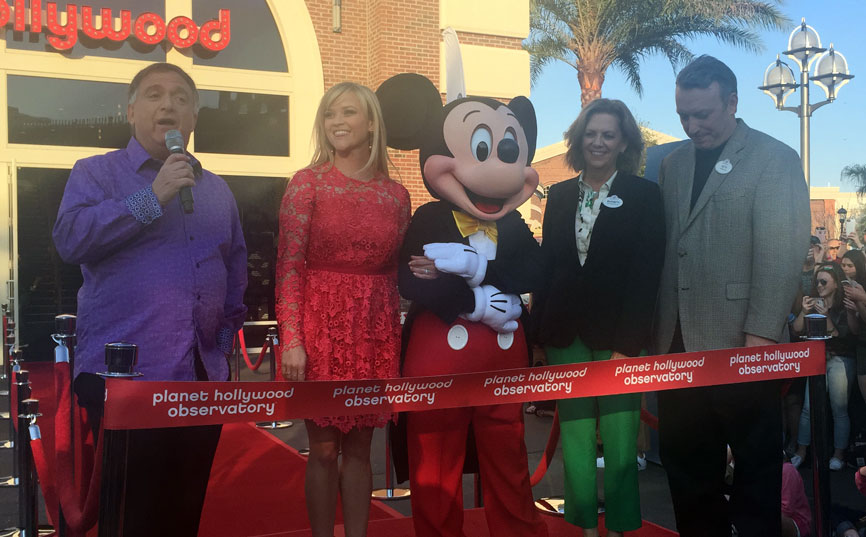 The remodeled Planet Hollywood location at Disney Springs brought out the star power to make its official re-opening as Planet Hollywood Observatory. The new look resembles a 1940s observatory and includes three levels of indoor dining and two levels of outside dining.

On Friday, March 17th, Academy Award-Winning Actress, Reese Witherspoon joined Planet Hollywood founder Robert Earl and Mickey Mouse for an official ribbon cutting ceremony, The ceremony was followed by an intimate cocktail reception with family and friends of the Earl’s. Actor Josh Gad also stopped by the new flagship location to take part in the festivities.

The remodeled location still features props and outfits from some of Hollywood’s most iconic movies. The expansion added a gigantic screen which the restaurant uses to play music videos, digital projection art installations, and more. 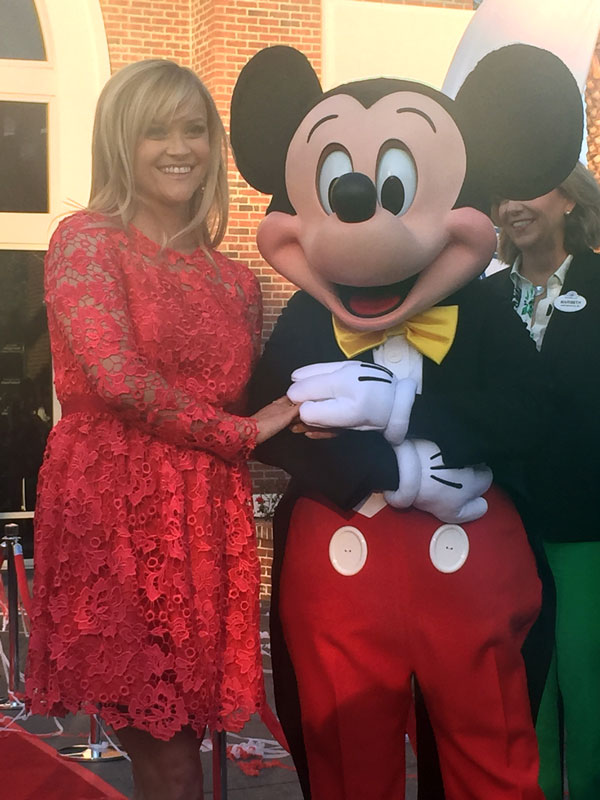 Reservations recommended, but not required.