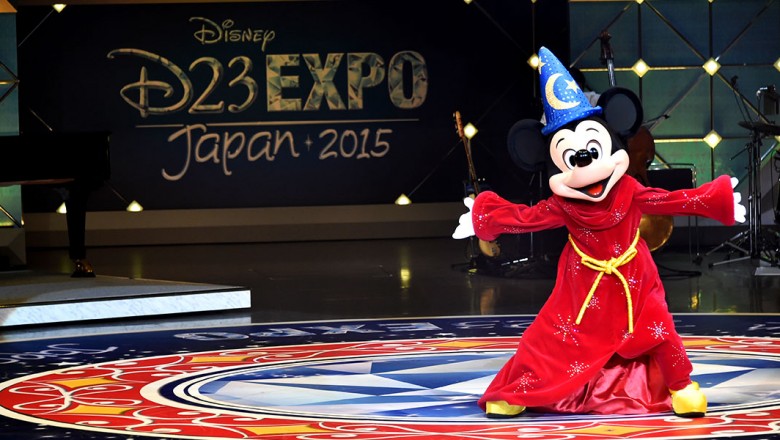 The love of Mickey Mouse and all things Disney knows no national boundaries. It’s probably safe to say that fans in Japan might even hold claim to some of the most involved and committed Disney fans on the planet. So it makes sense that the D23 official Disney fan club holds one of it’s major events every two years (or so) in Tokyo. The next one was just announced for 2018 over three days from February 10 to February 12, 2018, at Tokyo Disney Resort in Maihama.

D23 Expo is held every two years in the U.S. for Disney’s most passionate fans. The first D23 Expo in Japan was held in 2013 and is unique to Japan while remaining true to the original vision of “The Ultimate Disney Fan Event.” D23 Expo Japan 2015 was themed to “The Power of Story.” Guests were treated to spellbinding stories from each of the four Disney brands—Disney, Disney•Pixar, Star Wars, and Marvel. Fans enjoyed experiences, merchandise, collectibles, and endless surprises created exclusively for the event.

D23 Expo Japan 2018 will once again feature special exhibits and opportunities for the delight and enjoyment of guests. Further details will be posted at http://disney.jp/D23 as they become available this summer.

“We heard from a lot of fans about how delighted they were with the D23 Expo Japan 2013 and 2015．D23 Expo Japan 2018 promises to be even more spectacular,” said Paul Candland, President, Walt Disney Asia and President, The Walt Disney Company (Japan) Ltd. “2018 marks The Walt Disney Company’s 95th anniversary and the 90th anniversary of Mickey Mouse’s screen debut. In Japan, it marks Tokyo Disney Resort’s 35th, Disney Channel’s 15th, and the Disney★JCB Card’s 10th. We’re very excited about being able to present this great event once again, and we know our guests will have an incredible experience during the three days we have planned for them.”

Will you consider a trip to Japan for the D23 Expo, or is the one in Anaheim later this year good enough for you?