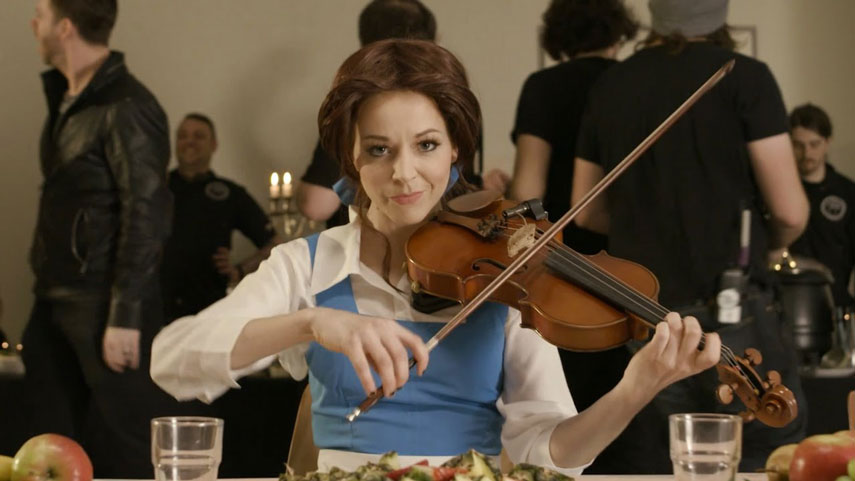 Lindsey Stirling’s amazing choreographed violin play features complicated spinning and twirling dance moves while playing a variety of music in her unique style. The artist found her initial success as a YouTube star, but has added commercial success in the form of record sales and tours. Stirling recently released a new video covering “Beauty and the Beast” in her uniquely identifiable style and it’s fantastic.

In her video, Stirling imagines Belle on tour:

We’ve covered Stirling’s unique form of violin play before on the blog. She worked with Disney to create the song “Something Wild” from Pete’s Dragon and had worked with The Muppets for their take on “Pure Imagination.”

In just over a week her new video has been viewed over 4 million times. That’s impressive.