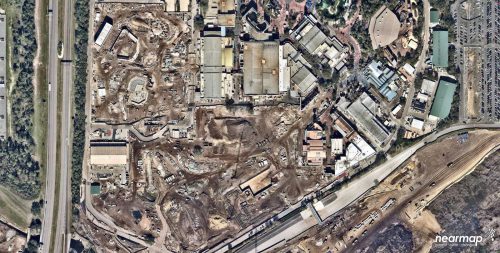 Thanks to a recent update from NearMap, we now have a look at progress at construction at Disney’s Hollywood Studios as of the end of last month. With two lands under construction, Toy Story Land and a Star Wars themed land, there’s a lot to see.

Nearmap, a high-resolution aerial content location provider has captured the area for the past few years resulting in progress photos from the beginning of construction until now. 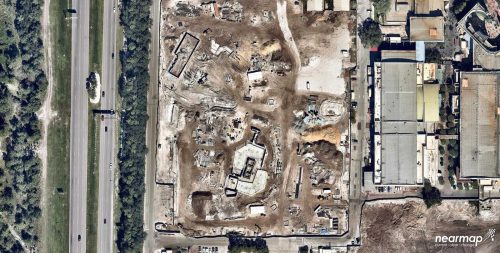 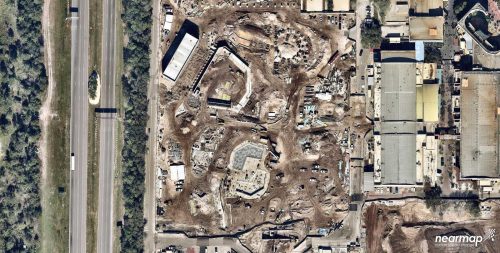 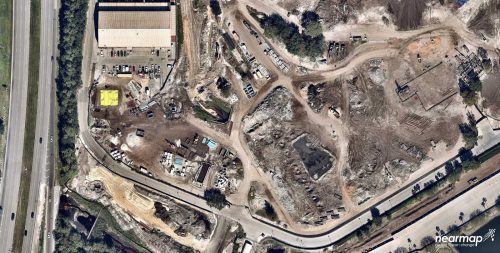 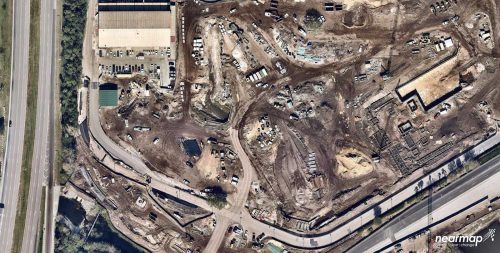 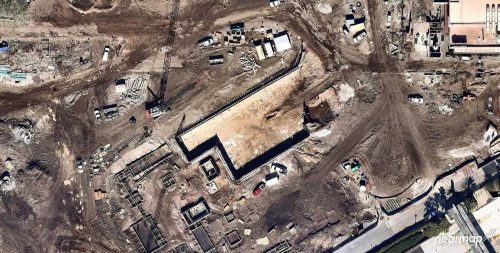 Closer look at the one building in Star Wars land.

Close up on Star Wars building;

Although they clearly have a long way to go, Toy Story Land is on the path to be completed in 2018. The Star Wars themed land is currently scheduled to open sometime in 2019.

Meanwhile out on the west coast, Disneyland’s Star Wars Land has started to go vertical, placing them 6 to 9 months ahead of Disney’s Hollywood Studios. It will be interesting to see exactly how alike the two are when complete.