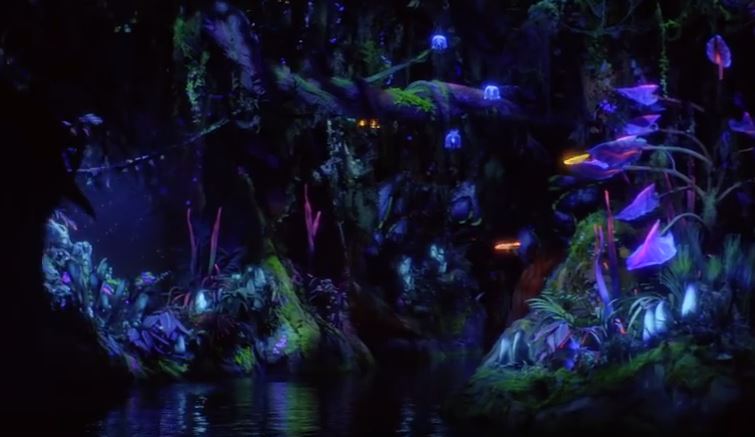 I know the name of the first big expansion at Disney’s Animal Kingdom is Pandora – The World of Avatar, but I can’t help but call it Avatar-land for short. That said, the sense of complete immersiveness in the world of Pandora has begun to shine in this first preview for the Na’vi River Journey, which is one of two main attractions in the new land.

The boat ride will take guests through a Na’vi forest that is alive with the creatures of Pandora. It will culminate in a meeting with a Na’vi shaman that’s said to be quite mystical.

The ride-length is expected to be relatively short compared to other boat based attractions at Disney, but the beauty and sense of other-worldliness is indeed impressive.

As Disney says, expeditions to Pandora begin May 27 from Disney’s Animal Kingdom.