Marvel’s Agents of SHIELD: S4E14 recap – The Man Behind the Shield 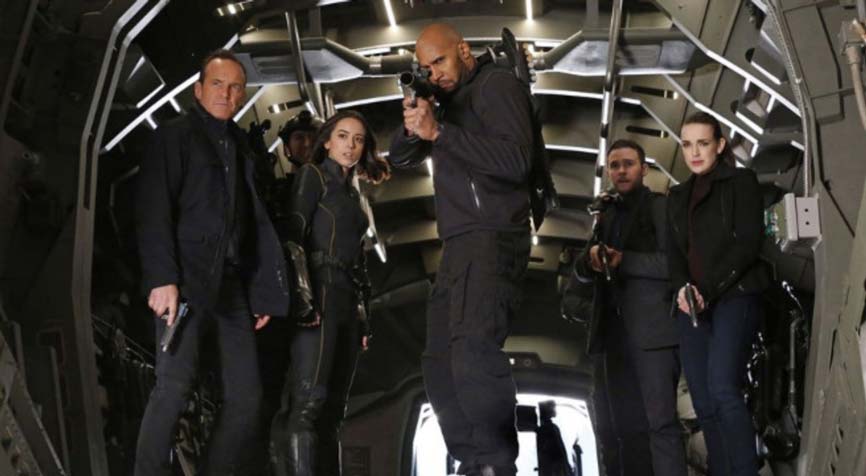 Last week, Mace was kidnapped and Coulson got confirmation that May is still alive. This week, our team is out to save them both.

There first stop is Nome, Alaska where they discover that the Russian has made Coulson his obsession. One photo on the wall reminds Coulson of one of his first missions with with May where they need to infiltrate a Russian camp.

Coulson decides this is a lead and takes the team to Russia.

Back in the past, Coulson and May clearly haven’t formed the tight bond they have now as they continue arguing while trying to open a safe. Suddenly, security shows up and Coulson has to cover while May opens the safe.

In the present, Coulson’s team has found the safe opened with three skeletons laying on the ground. A phone rings from inside the skull of one skeleton. Ivanov is calling to talk to Coulson. He blames Coulson for the deaths of the soldiers on the ground, who used to be his comrades. 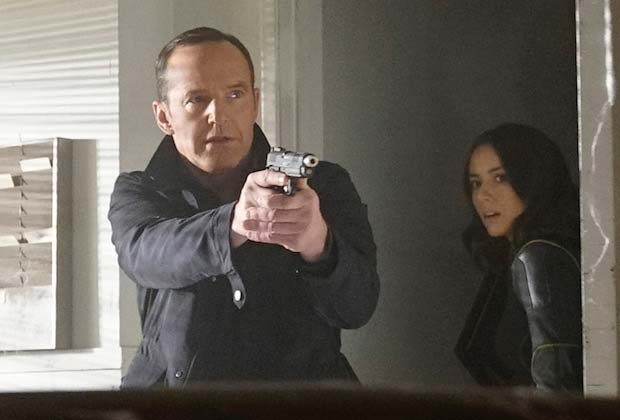 Back on the Zepher, Fitz discovers that Radcliffe’s Framework program is using a lot of power but can’t yet find the source.

In the past, Coulson is able to stall the soldiers long enough for May to open the safe but she sneaks off to the car and drives off with the 0-8-4 leaving Coulson stuck with the Russians who quickly knock him out.

In the present, the team uses Ivanov’s conversation on the phone to figure out that he is on a submarine and where the submarine is docked.

They make their way in and split up. Coulson stumbles upon Ivonav who, like the good Bond villain he is, begins monologuing, telling Coulson why he hates him so much. All this accomplishes is giving Quake enough time to find them. She’s being wanting a confrontation with the head of the Watchdogs for a while and she doesn’t waste this opportunity.

While Quake fights the Superior, Mack and Coulson find Mace and Simmons discovers that Aida is around and goes to find her.

Aida gets away and the other agents meet Simmons at the dock. Because Mace is injured Coulson decides to head back without finding May.

Back at SHIELD, Simmons discovers that someone has tampered with the LMD detector. Upon further investigation, she and Fitz discover that all four of their teammates, Coulson, Daisy, Mack and Mace, were all replaced by LMDs.

Another great episode with plenty of twists and turns. What did you think?