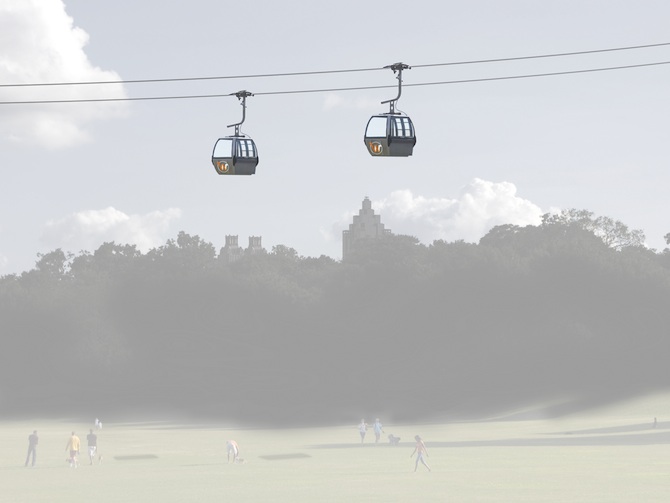 We first wrote about an aerial tram network of gondolas as a possible solution for Walt Disney World’s transportation woes back in January 2013. Despite some comments, our suggestion was 100% serious (okay, maybe about 87% serious). But now some internet sleuths think they’ve found very real permits that indicate Disney is, in fact, building an aerial tram network on property.

There’s a group of dedicated Disney fans on WDWMagic who keep a close eye on permits filed at the county for construction at Walt Disney World. They’ve found one related to the new construction project at Caribbean Beach Resort, Disney’s Hollywood Studios, and EPCOT that lines up perfectly with the infrastructure that a gondola system would require. 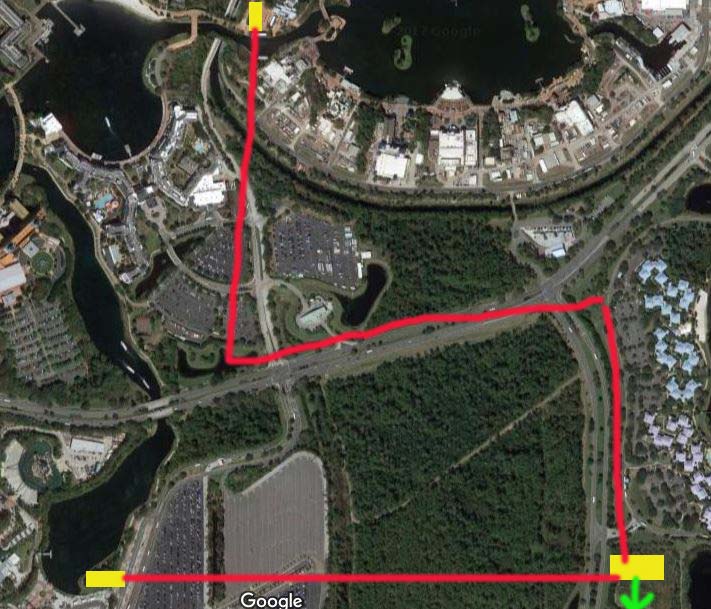 The system would function as a connector between EPCOT and DHS with stops at Caribbean Beach Resort, and Pop Century/Art of Animation (just off the bottom of the map). Disney could later expand this with spurs to ESPN WWOS, the All Star Resorts/ Blizzard Beach, Disney’s Animal Kingdom, and potentially Disney Springs.

As I stated back in 2013, aerial tramways can be high capacity, withstand lightning, have little impact on the ground, don’t interfere with traffic, can be run on renewable energy, and, with sightline considerations, have little or no intrusion into the theme parks. Even better, they might be the cheapest form of mass transit you could build right now. 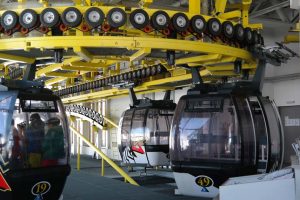 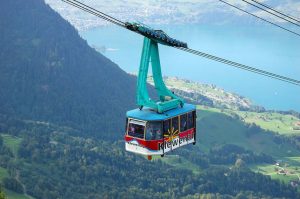 Dozens of communities around the globe are currently in one state or another of building their own gondola network. Branson, MO could have their 8.5 mile system, which would connect Silver Dollar City with their entertainment district, open by 2020. Portland, OR has one that’s been operating for 10 years.

We’re not talking about the old Skyway gondolas here. These would be larger, enclosed (and therefore air conditioned), and detachable from the rope network to aid with the load and unload process for wheelchairs and other cases.

There is a possibility this system could be a form of PRT (Personal Rapid Transit) or an elevated railway, but it looks like a Gondola System to me.

Finally, because I know I’ll get questions about this, I’m sure it’s not a monorail. Monorails are expensive to build and Disney World, if anything, is looking for ways to get rid of their monorail system, not expand it. It’s very expensive to maintain and the current trains are currently at or about their original life expectancy.

I hope that this project actually is a go. It does sound shovel ready at this point. It does not sound like a grand scheme to replace the monorails or bus system, just an efficient way to move guests in this little corner or Walt Disney World. Estimated completion date is 2019.

What do you think? Would you ride a gondola system from EPCOT to Disney’s Hollywood Studios or other points in Walt Disney World?