“Beauty and the Beast” live-action special preview should quash all worries. 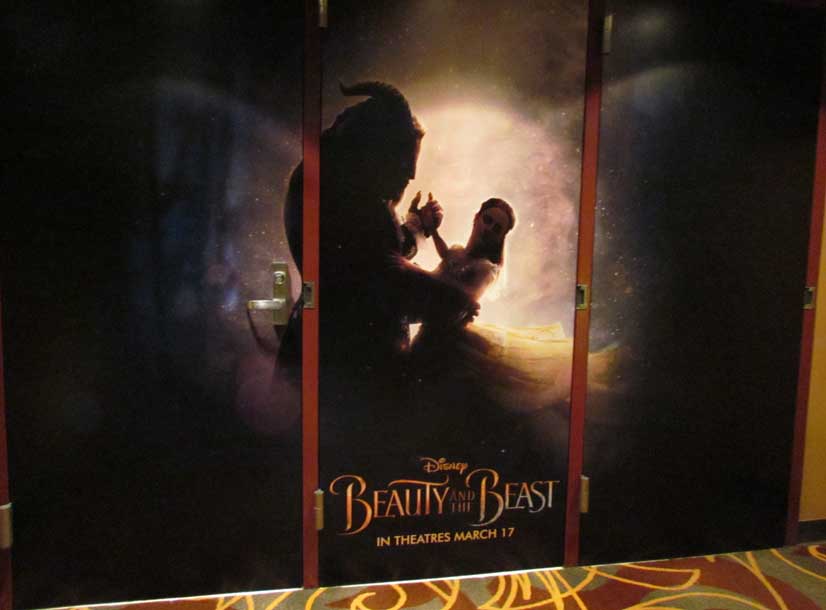 We reported last week that Disneyland and Walt Disney World resorts are hosting special previews of Disney’s Beauty and the Beast live-action adaption. We made our way to Disney’s Hollywood Studios to catch the 2-D version and check out the new props in the lobby.

The preview itself was the entire traditional opening song from the movie “Belle” (aka Little Town). The song follows Belle (Emma Watson) as she negotiates her morning in the small Provencal town she lives in and marks the entrance of Gaston (Luke Evans) and his sidekick Le Fou (a delicious Josh Gad).

There was also a small snippet of the ‘Belle’ reprise, complete with the ‘Sound of Music’ moment you remember from the original film.

I’ll tell you how much I loved the opening song, I sat and watched it multiple times in a row (thankfully crowds weren’t that bad that they kicked me out). Which is my prediction for the movie as well. The considerable legions of fans Emma Watson has acquired from her work in Harry Potter and beyond will line up and Disney’s legion of fans who already love the “Beauty and the Beast” story will want to see this movie again and again.

In addition to the preview, Disney has replaced the theme park models in the “Walt Disney Theater” lobby with other exhibits related to Disney properties. 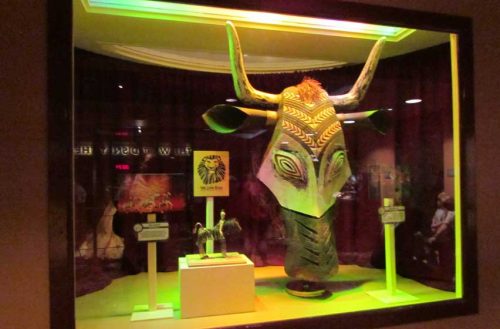 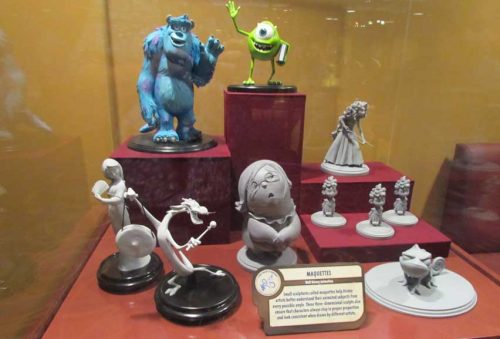 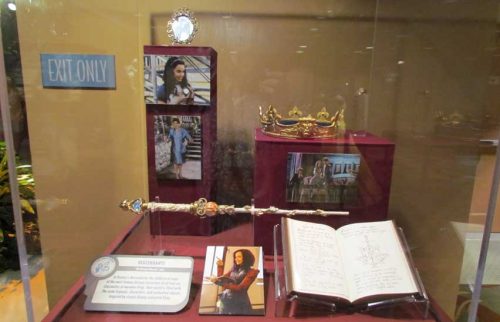 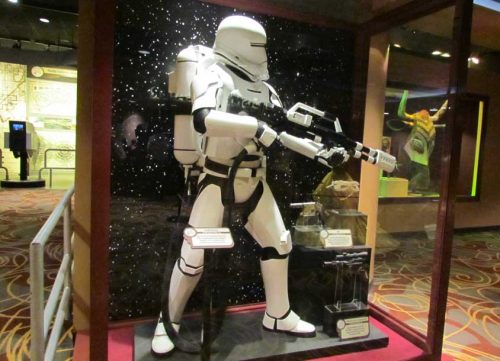 The beautiful, detailed costume design by Jacqueline Durran really stood out in the preview and this ballroom gown for Emma Watson as Belle is just one example. 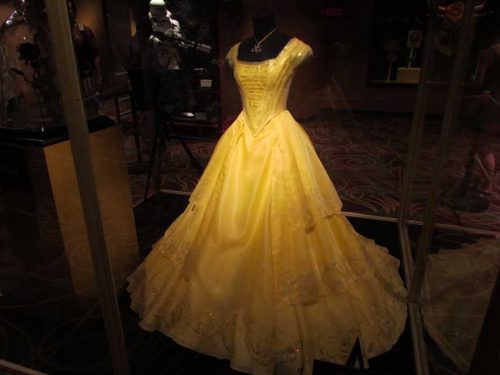 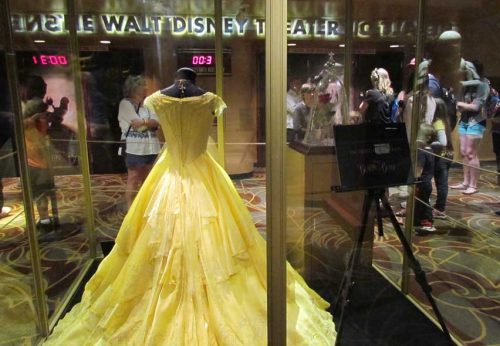 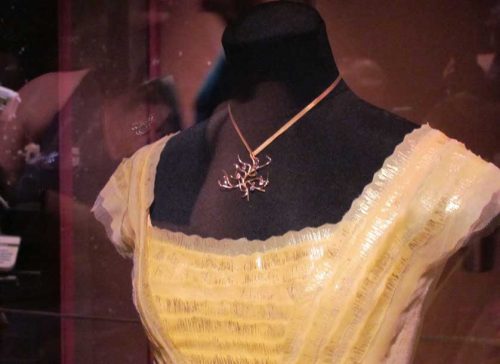 close up on pendant 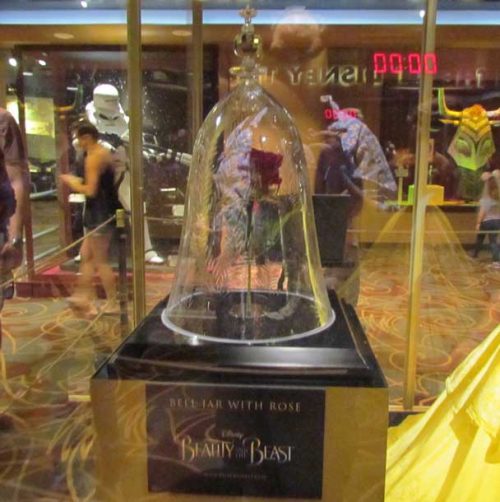 Previously: See special preview of Disney’s Beauty and the Beast at Disney’s Parks.