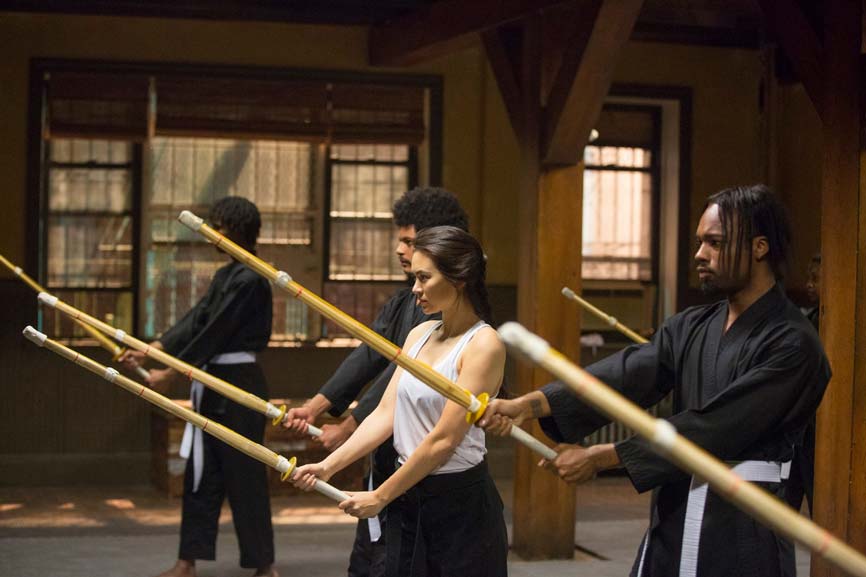 We were just treated to the first trailer for Marvel’s next show on Netflix “Iron Fist” and now we’re already getting our first extended sneak peek at some of the kick ass action in the show. In this clip we see Colleen Wing (Jessica Henwick) take on two big dudes in a cage match.

Okay. That was a little more brutal than we normally share on here, but that’s the point of Marvel’s Netflix experiment. They get to be more gritty, dark, and disturbing since it’s not on network TV.

“Iron Fist” follows Danny Rand (Finn Jones) who returns home to New York City after being missing for fifteen years to find his father’s company, Rand Company, corrupted by criminal forces. Rand is forced to choose between being his family’s legacy and being the living weapon – Iron Fist.

It will be available on March 17.