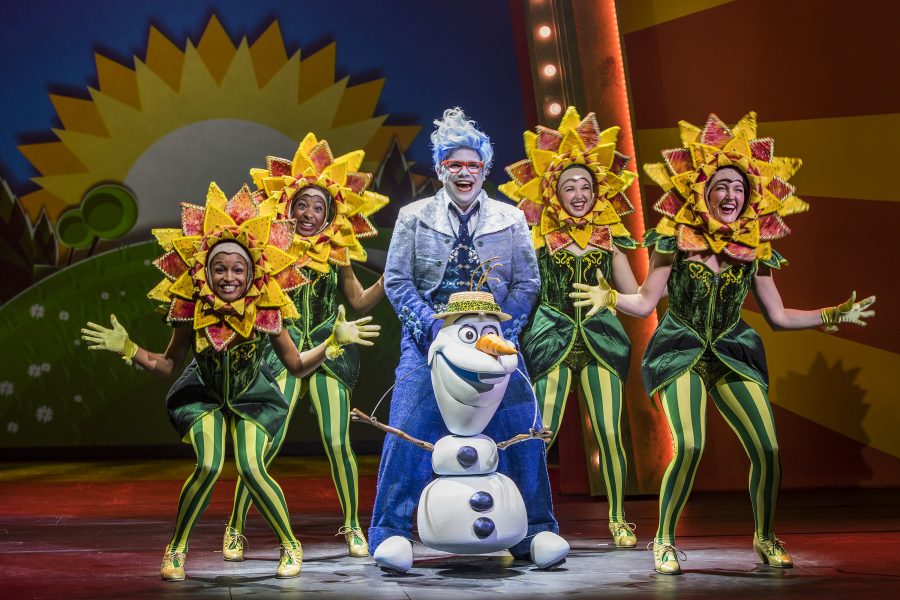 Later this morning you’ll be able to catch a special live-stream direct from the Disney Wonder as the Disney Cruise Line entertainment staff performs its latest Broadway-style musical – “Frozen, A Musical Spectacular.”

Tune in to the Disney Parks blog just before 10:50AM EST later today and look for a post with a streaming video.

“Frozen, A Musical Spectacular” will follow the captivating adventure of royal sisters Anna and Elsa as they embark on a journey to discover the meaning of sisterhood, inner strength and true love. Fans of the film and newcomers alike will be enchanted by favorite characters brought to life onstage along with beautiful renditions of the movie’s iconic music. 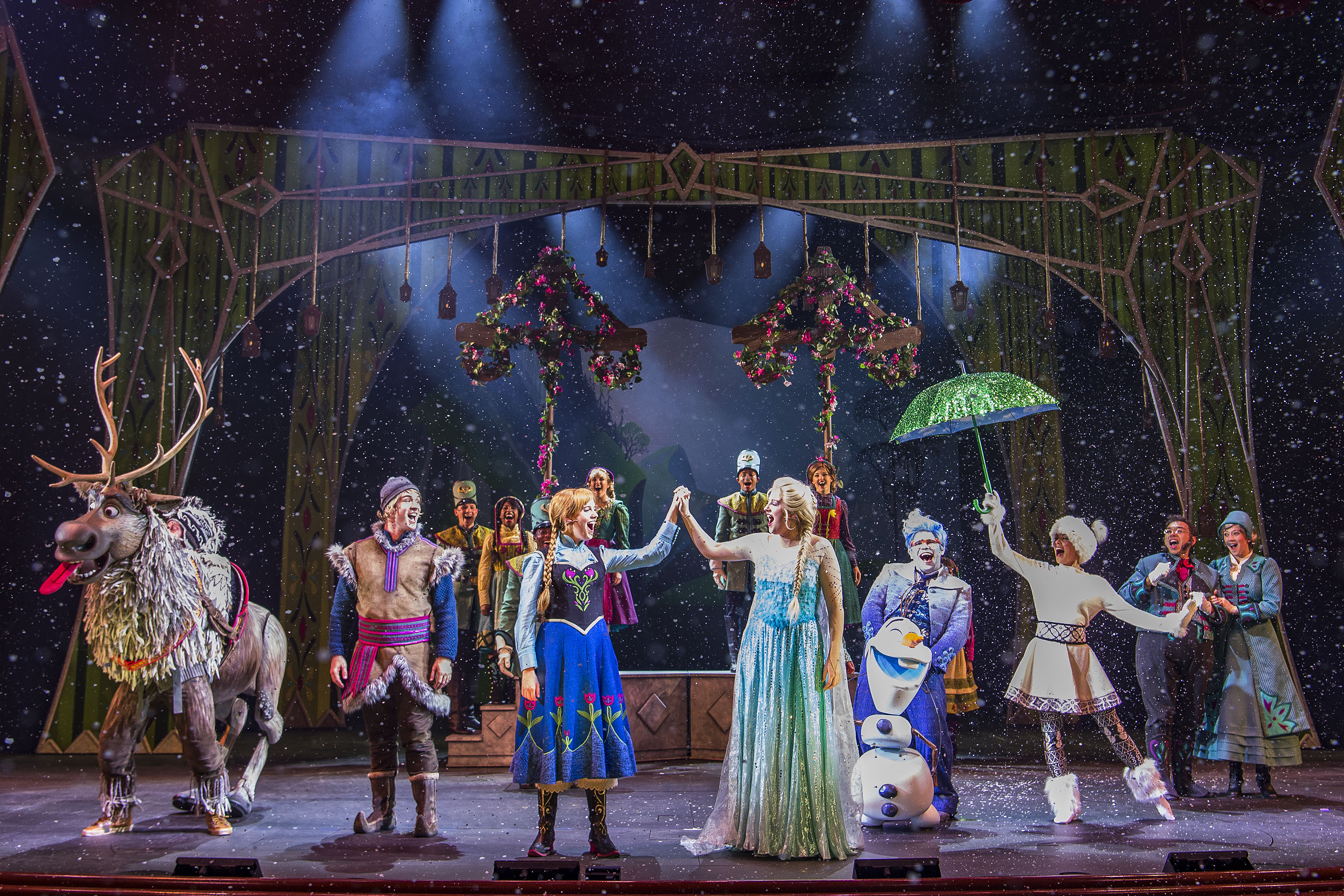 The show features dynamic costumes and sets, remarkable special effects, and spectacular production numbers that will delight Disney Cruise Line guests in new and surprising ways. The creative disciplines blend to create a seamless environment – blurring the lines between costume and scenic, set piece and video, puppet and puppeteer – and expand upon the most imaginative elements of the film.

The 977-seat Walt Disney Theatre provides the perfect setting to immerse audiences in the kingdom of Arendelle and showcase the renowned score. Songs like “For the First Time in Forever” and “Love is an Open Door” will be expanded into ensemble pieces, and the film’s wintry wizardry will be realized in lavish production numbers of “In Summer” and “Fixer Upper.”

A stand-out moment, the emblematic ballad “Let it Go” will be transformed into a full-fledged stage spectacle. Complete with real-life magic – transformative scenery, snow flurries and state-of-the-art video technology – this show stopping number will bring Elsa’s enchanted icy blasts to reality like never before.

“Frozen, A Musical Spectacular” is based on the Walt Disney Animation Studios “Frozen,” which is the number one animated feature of all time. The acclaimed film earned two Academy Awards (2014) for Best Animated Feature and Best Original Song.

An entirely separate two-act Broadway production of “Frozen” is currently being prepared by Disney Theatrical Productions and is slated to join Disney Theatrical’s New York productions of “Aladdin” and “The Lion King” for spring 2018 at a theater to be announced. It will have a pre-Broadway engagement starting in summer 2017 in Denver.

2 thoughts on “Disney Cruise to live stream sneak peek of “Frozen, A Musical Spectacular” from the Disney Wonder Today”