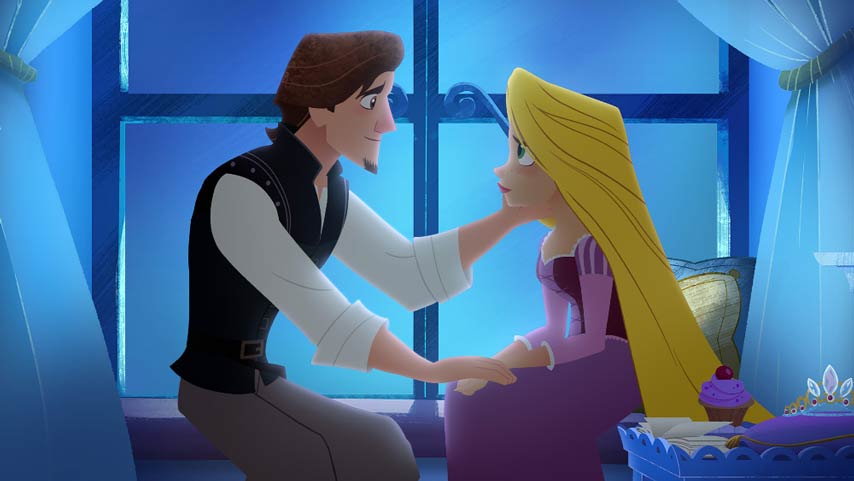 The cutest on screen animated couple ever look pretty cute in real life too. Mandy Moore and Zachary Levi take a break from recording lines for the new Tangled: The Series to break a little news about the premiere date for the series on Disney Channel:

Now we know that Rapunzel and Eugene will swing into action with the Premiere of the Disney Channel Original Movie ‘Tangled Before Ever After,’ on Friday, March 10, and the highly anticipated debut of ‘Tangled: The Series,’ on Friday, March 24. 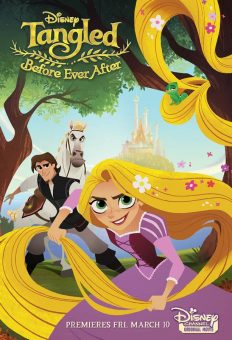 In the Disney Channel Original Movie, Rapunzel grapples with both the new responsibilities of being princess and the overprotective ways of her father. While she wholeheartedly loves Eugene, Rapunzel does not share his immediate desire to get married and settle down within the castle walls. Determined to live life on her own terms, she and Cassandra embark on a secret adventure where they encounter mystical rocks that magically cause Rapunzel’s long blonde hair to grow back. Impossible to break and difficult to hide, Rapunzel must learn to embrace her hair and all that it represents.

Are you excited about finally returning to the world of Tangled? Took Disney long enough, didn’t it?

previousWidow of Steve Jobs no longer largest shareholder in Disney after selling stock
nextDisney Cruise to live stream sneak peek of “Frozen, A Musical Spectacular” from the Disney Wonder Today