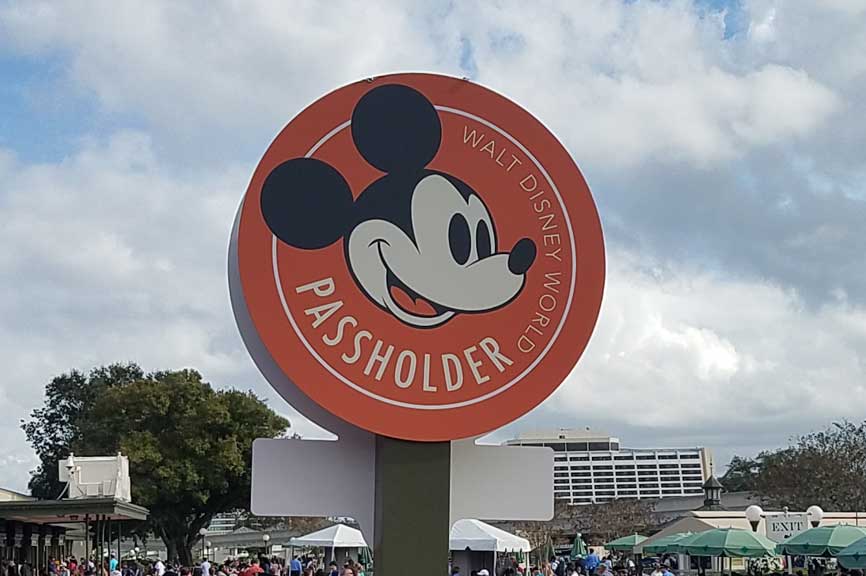 During the busy holiday season, in the middle of Annual Passholder blackout dates, Walt Disney World set up a special passholder only entrance line at each of its theme parks. It was a nice gesture, great for those times of day when the entrance gets backed up, and really didn’t require much more than a cast member to set up a sign and a rope at one end of the entrance gates at each park.

The gesture, as nice as it was, was scheduled to end at the end of January. However, I’m hearing that the parks will continue to offer the perk for Passholders, at least for now.

The only problem now is that Disney doesn’t always staff the queues with someone who checks to make sure that only APs enter the queue. This isn’t a big deal when the queues are all short, but pretty much negates the benefit of having an AP queue when non-AP holders are allowed to join the line too. 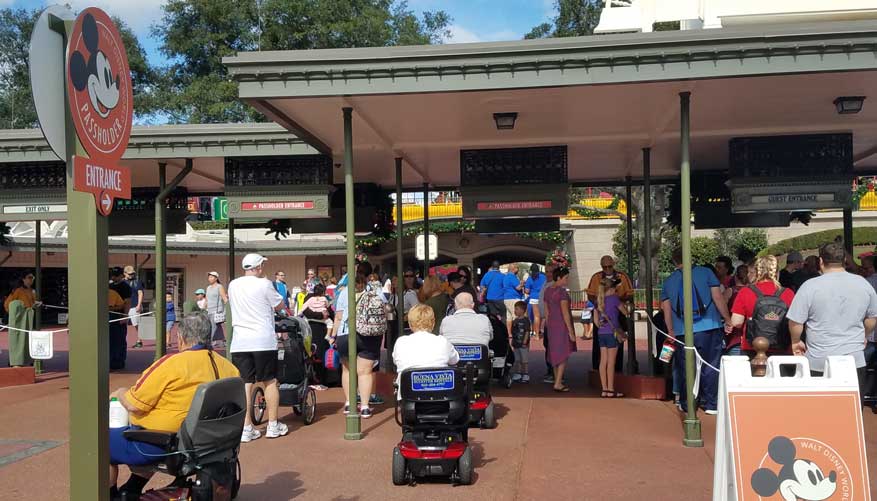 There is an other AP benefit I’m really enjoying right now. The 20% off discount at certain restaurants for the 45th Anniversary. I’m a lot more likely to dine in the parks now that I know the prices are a bit more reasonable.

What other sort of AP benefits do you take advantage of? What would you like to see offered in the future?