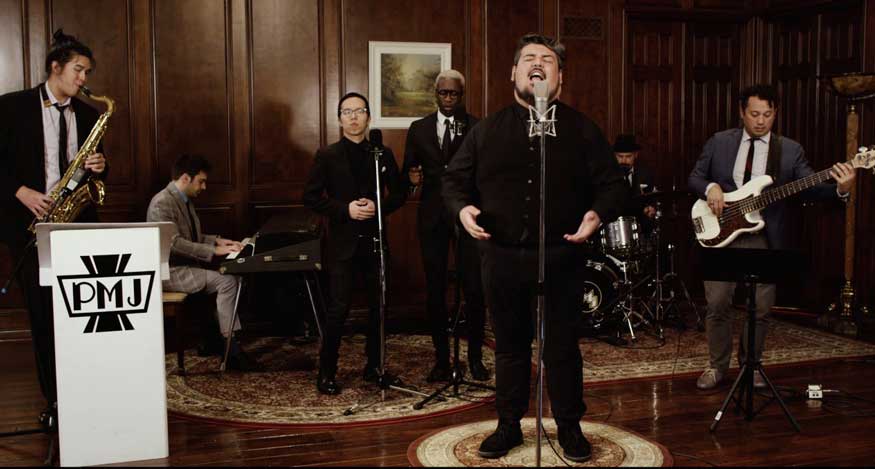 After many many requests from fans, the great vintage-style cover band Postmodern Jukebox had decided to produce an album of Disney covers. The first song they’ve released is from Colors of the Wind from Disney’s Pocahontas interpreted as a 1970s Marvin Gaye-style soul song.

That’s Mario Jose featured on the vocals. He’s based out of Los Angeles where he’s well-known for his jazzy R&B sound. Among his artistic influences are Stevie Wonder, Frank Sinatra, and Marvin Gaye.

Postmodern Jukebox was created by Scott Bradlee. It takes today’s popular music and applies a retro style to them. I find myself tuning in to their YouTube channel all the time to enjoy their uniquely vintage take on modern music. That they’re finally doing a Disney album makes me very happy.

You may remember Scott Bradlee’s ragtime version of “Friend Like Me” from Disney’s Aladdin, which he recorded as a tribute to Robin Williams.