Celebration – Growing problems in the town that Disney built 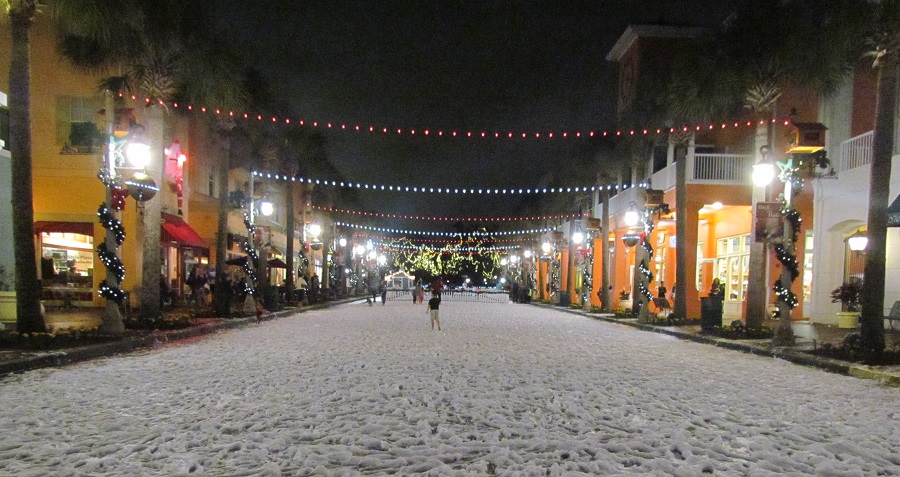 No grander a publication than the international magazine of the common-sense approach, The Economist, has turned their eye toward the Disney built town of Celebration. A land of hope, ideal living, and a paradise providing Walt Disney World adjacent living. As you might suspect, even a Disney town can’t escape the realities of the world.

The article is an interesting look at Disney’s well-intentioned attempt to change something about America. It had some success encouraging more mixed-use development and communities where walkability and small town living can be found even in large cities, but in the end, I think America won out. Even Disney can’t carve out enough pixie dust to isolate the town from some harsh realities.

As mentioned in the article, there’s a huge problem with some of the original buildings constructed in and around downtown Celebration. Many buildings are seeing their walls and roofs turn to mush and problems with the original construction caused severe damage after years of Central Florida rain and sun.

This is no longer Disney’s town. They sold it to Lexin in the early 90s. Homeowners say that leaves Lexin on the hook for the expensive repairs, Lexin is dragging their feet and pushing back. The fight between homeowners and the current town management company Lexin even made it into the Wall Street Journal. (subscription required) Now lawsuits are in the air.

For one side of the matter, check out longtime Celebration resident Cookie Kelly’s blog. Kelly has been an active force in the fight for justice for Celebration residents. It’s been a long battle, so her latest posts are sometimes a big sarcastic (who can blame her really), but scroll down for signs of the damage and faulty repairs.