Rogue One – The Star Wars Characters We Already Know 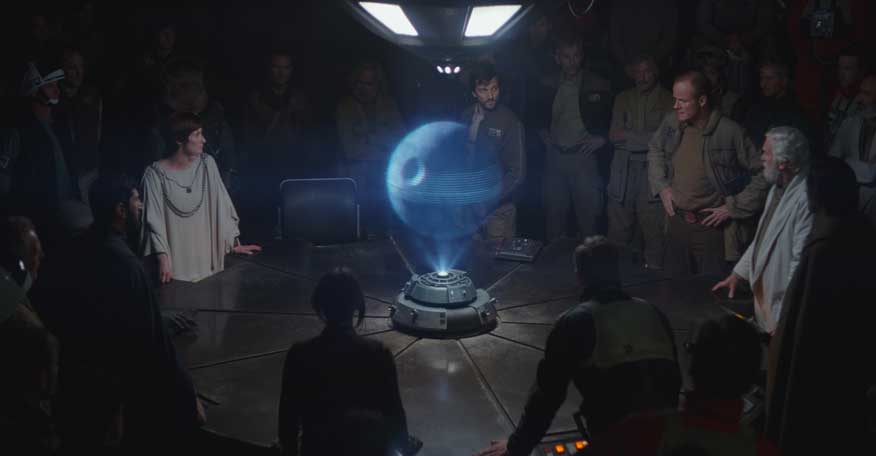 While “Rogue One: A Star Wars Story” is the first Star Wars movie to exist outside the original trilogy of trilogies, that doesn’t mean it’s completely separate from the universe. Situated right before the start of “A New Hope” (aka Episode IV) in the timeline there are a number of characters in “Rogue One” that we are already familiar with.

First is the defacto leader of the rebellion – Mon Mothma. Played by Irish actress Genevieve O’Reilly ( who previously played the role in Episode III – Revenge of the Sith), Mon Mothma is the head of the Rebel Alliance’s senate currently in hiding on Yavin 4. She has to deal with both political and military realities while dealing with dissent with in her own ranks. 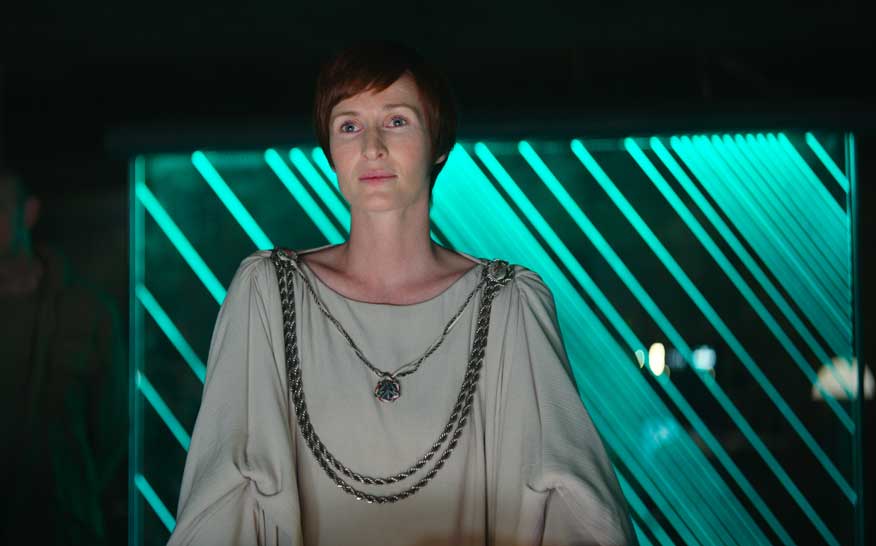 Also in “Rogue One” is Jimmy Smits, who returns to play Bail Organa…. and he actually gets a few lines in this movie. Organa is a senator from Alderaan and was last seen in Episode III receiving the Skywalker daughter into his family.

Smits describes his role, “One of the key themes in Star Wars is how we achieve our goals in a political situation and there are a lot of parallels with the world today. Sometimes the best intentions get lost because of the vying back and forth between countries and factions, in this case planets and galaxies. Bail is a politician, but he also tries to be a man of action.” 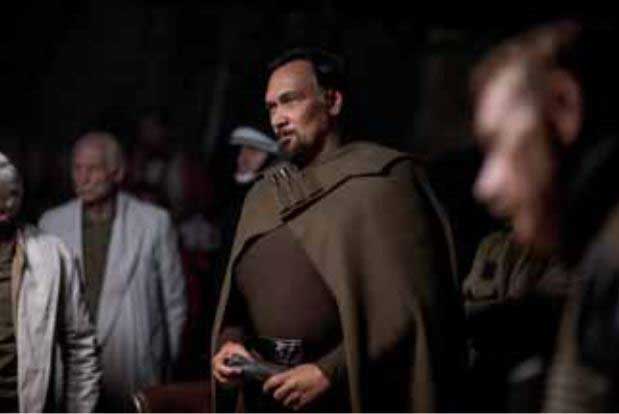 One of the key characters in Jyn Erso’s life is Saw Gerrera, played by Forest Whitaker. He’s a resistance fighter who befreinded the Erso family. He was first seen in season 5 of Star Wars: The Clone Wars as a fighter on the planet Onderon where he formed his own rebel group. Gerrera’s sister was killed by the Empire and he fights in her memory. He was trained to fight by Jedi, but his tactics were considered extreme by both the Empire and Rebellion.

The Star Wars trilogies are the story of Darth Vader, aka Anakin Skywalker, and his family. The Sith Lord makes a few short appearances in “Rogue One,” and they show the armor clad dark jedi at the height of his powers. You’ll be happy to hear that James Earl Jones returns to provide the voice. A lot of attention was paid to making sure this was the Darth Vader you remember from Episode IV, down to the shine (or lack there of) on his helmet.

The sets and ships of Rogue One are almost characters themselves. The crew put a lot of effort into making the look of the rebel base at Yavin look just like it did in “A New Hope.” You’ll definitely feel the connection between the two films, right down the smallest, and most important prop.

A good example is the briefing table in the Yavin bunker. Academy Award-nominated set director Lee Sandales wanted an exact recreation of the table in “A New Hope” but no drawings or blueprints of the original existed. So Lee and art director Lydia Fry used a detailed study of set photography and film footage.

“We set about doing a forensic study of the table, down to millimeters,” said Sandalas. “It took about four to six weeks of drawings to get the table right. We used production photos of Carrie Fisher standing next to the table to get the height and to work out the scaling of the ribs on the inside of the table.”

There are other characters you know from the Star Wars trilogies, but I can’t list them here without giving away some major spoilers. Let’s just say that since “Rogue One” leads almost directly into “A New Hope,” there’s some bleeding over of characters.

Previously: Our spoiler-free review of “Rogue One: A Star Wars Story”