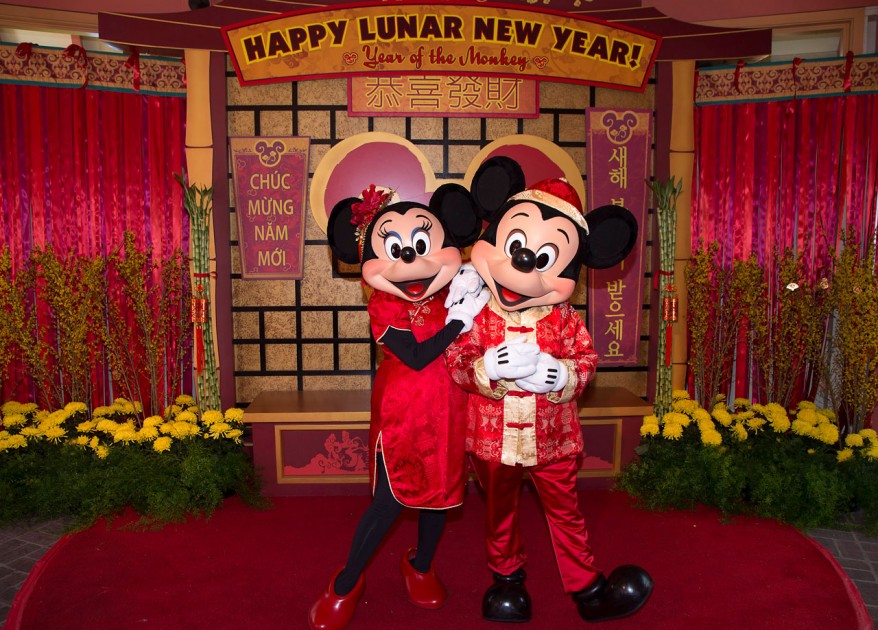 The Lunar New Year Celebration at Disney California Adventure is quickly becoming an annual tradition for people of all cultures in Southern California. 2017 is the Year of the Rooster… I wonder if that means we’ll see a lot of Heihei from Disney’s Moana.

Disney doesn’t say in its announcement for 2017 event, but it does say that the festival will grow this year to 17 days – Friday, Jan. 20, through Sunday, Feb. 5. As they did last year, the festivities will feature delicious food, colorful live performances, fun-filled activities, beautiful decor, special limited-time merchandise, Disney characters in their Lunar New Year best and more.

Plan to stay to watch “World of Color” where a new six-minute pre-show called “hurry home” will celebrate Lunar New Year. The segment follows a little lantern on its journey home to join its lantern family in celebrating the Lunar New Year. Animated sequences will include appearances by Mulan and Mushu. The music was originally created forthe Grand Opening of Shanghai Disney Resort by Academy Award-winning composer Tan Dun (“Crouching Tiger, Hidden Dragon”).

Highlights of the celebration at Disney California Adventure park include

Celebrate tradition, entertainment, and tastes of Lunar New Year only at Disney California Adventure park from Jan. 20 through Feb. 5!