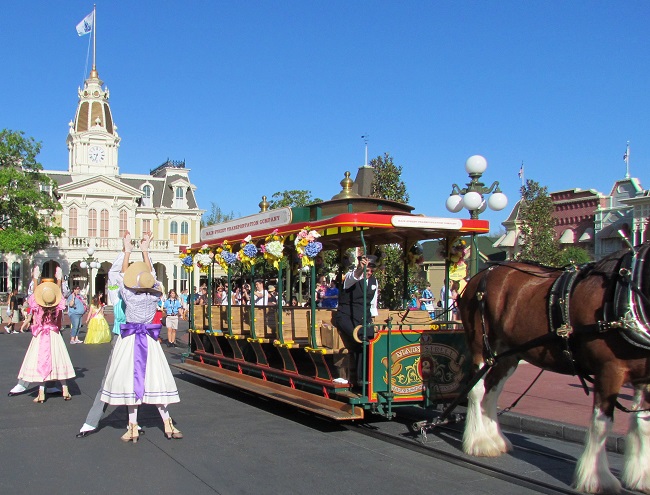 The Trolley Show is one of those traditions at the Magic Kingdom that has been entertaining guests since 2003. As part of the 2013 “Limited Time Magic” promotion, the Trolley Show received an upgrade that adds more seasonal flair and a special stop at the Train Station. There are usually three performances each morning. Additionally, you’ll see the dancers help open the park in the morning.

Many guests look forward to seeing this show on every visit. It turns out so do some cast members. Alyssa Elias, a reader of the blog, captured this video of a Magic Kingdom custodial worker dancing right along with the cast of the Winter themed Trolley Show.

According to Elias the cast member and guests around her were really getting into. Then when the show was over, she just turned around and went back to pushing her trash cans down Main Street U.S.A.

Does the Trolley Show make you want to dance too?