Marvel’s Agents of SHIELD S4E7 recap: Deals With Our Devils 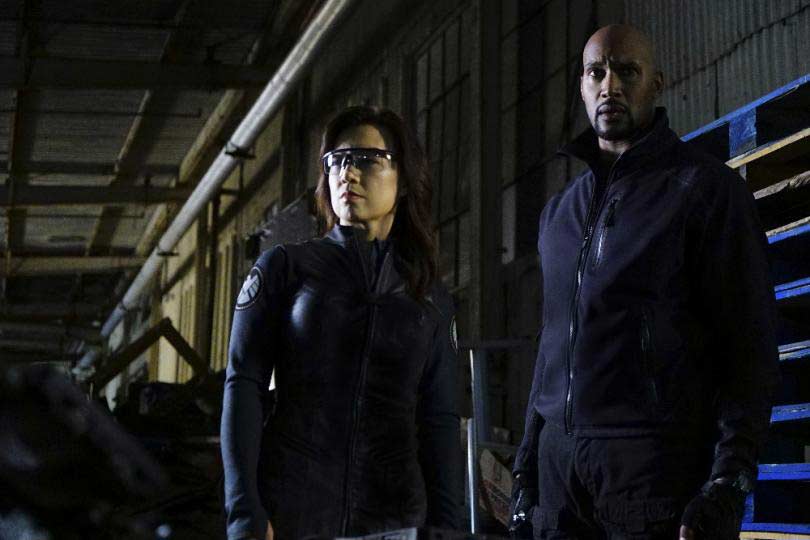 Marvel’s Agents of SHIELD is finally back from its mini break and May, Mack, Daisy and Director Mace are reeling from Coulson’s, Fitz’s and Robbie’s disappearance. Director Mace wants to head back to base to try to find Eli Morrow but the others want to find their teammates. Mack decides to ignore orders and ride off the Zepher One one a motorcycle just before it takes off.

Meanwhile, Simmons has arrived at her secret assignment, which is a man who has been in a Terrigen cocoon for seven months.

After the first commercial break we go back to the beginning of the episode but watch the events play out from the perspective of Coulson, Fitz and Robbie who have become “ghosts” like Lucy. No one can see or hear them.

In the process, Fitz discovers that Mace is working with Nadeer, the Senator who is anti-Inhumans. Suddenly, Robbie is feeling cold and sick. He can feel the Ghost Rider leaving him because it still wants justice so it jumps into Mack’s body which is why he drives off. Daisy jumps in Robbie’s car and Robbie tags along.

May visits Dr. Radcliffe who trying to find a way to save their missing teammates. She offers him the Darkhold book, despite Coulson’s warnings against its use, but after taking one look inside of it, he refuses saying it’s too much for the human mind to understand. Aida volunteers to read it which forces Radcliffe to reveal her identity as an android to May. May insists on Aida reading it, because giving AI knowledge that humans can’t understand is always a good plan.

Elsewhere, Simmons figures out that the Inhuman is nervous and attempts to coax him out of his cocoon. As soon as he starts breaking through, though, Simmons is blindfolded and taken away. 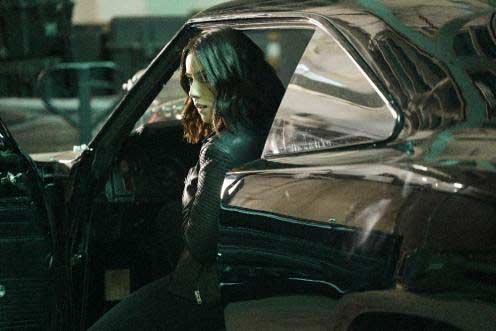 Robbie and Daisy have caught up to Mack and Robbie is able to confront the Rider inside of Mack but the Rider refuses to leave its new host.

Back at the base, Aida has built a dimensional portal and is in the process of making it work when the darkness starts to take over Coulson. Fitz is able to help Coulson fight it until the machine starts working and they walk through rejoining the land of the living as it were.

Robbie makes a deal with the Ghost Rider: leave Mack, help Robbie settle the score with his uncle and Robbie will help settle the Rider’s scores. Once everyone is back at SHIELD, Robbie also makes it through the portal. Now that everyone has reunited, it’s time to go after Eli, but we’ll have to wait for next week to see it.

The pre-credits scene shows Aida using her new knowledge to build a brain, because, like I said, giving advanced knowledge to AI is never going to end well.