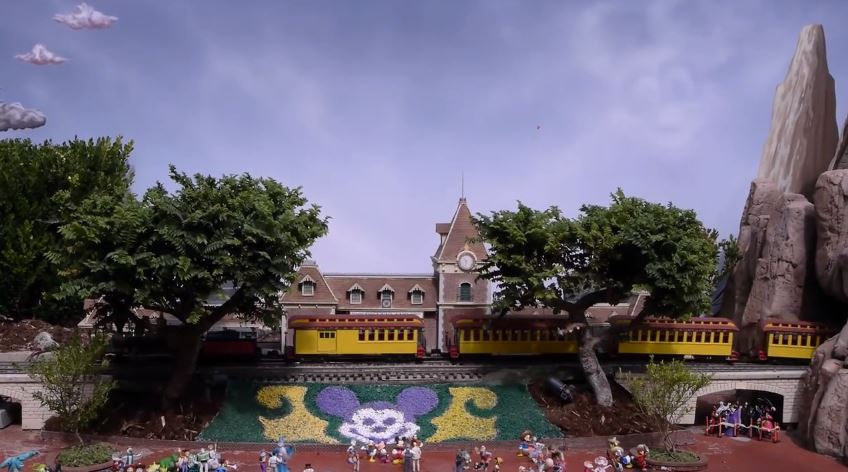 The Toy Man is a youtuber who drives around the country looking for really crazy people who have perfected the idea of screwing around at a toy scale. Sort of like Guy Fieri for guys who never grew up. In a recent video Toy Man Television stops by a house in Anaheim to visit a model railroader who has recreated Disneyland in his backyard.

Architect Dave Sheegog started his backyard toy land with his beloved Disneyland Railroad. It then grew to include iconic buildings from Disneyland itself. Everything is in 1/20 scale which adds to the magical feel:

Sheegog has his own website where you can view more photos from the project that reveal some of the incredible detail that went into this project.

Would you like to have your own Disneyland in your backyard? What attraction would you build first?