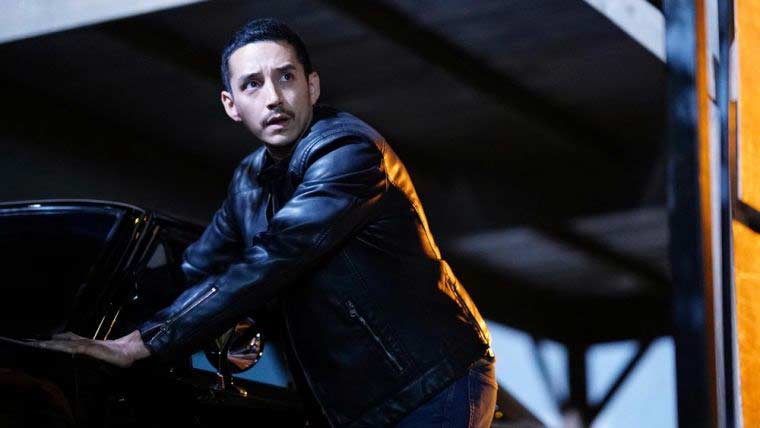 This week’s episode of Marvel’s Agents of SHIELD starts “back in the day” where we see Joe and Lucy using information from the Darkhold book to enhance their experiments which are successful. Eli gets suspicious and Lucy begins telling him about the book before Joe stops her.

In the present, Coulson and his team are still looking for Lucy and Eli while Daisy goes to pick up Robbie’s little brother.

At SHIELD headquarters, Director Mace sends Simmons off to a secret mission with the U.S. government while he goes off on his own mission: finding Quake and Ghost Rider aboard Coulson’s Zepher One. Mack is able to get them off the plane in time but now they’re in a containment unit by themselves until the coast is clear. This gives them plenty of time to reminisce more about “back in the day.” 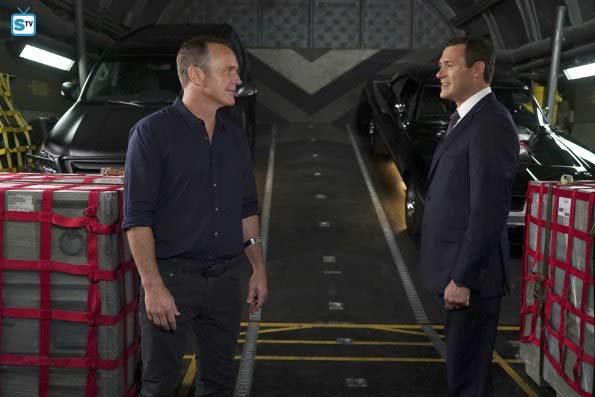 Robbie is about to steal his uncle’s car to go race when Gabe comes up. Robbie convinces him to go along and the two drive off. Suddenly they are attacked leaving Gabe paralyzed and Robbie dead, at least until he makes his deal with the devil in order to save his brother’s life.

Back in the present, Director Mace has finished his search of the plane but figures out that the fugitives are outside of it. He pulls them in and threatens to go back to headquarters instead of looking for Lucy and Eli. Robbie will have none of that and Flames On, breaking free of the containment unit. He attacks Mace and is only stopped by Gabe calling out to him.

Despite his actions, Coulson convinces Mace that they need Robbie right now and he can be punished later. Fitz has trying to find Lucy’s location and, in the process, discovers a connection between her experiments and the Dark Matter/Zero Matter that Peggy Carter discovered (see season two of Agent Carter; see also Doctor Strange this weekend).

At the power planet, Robbie confronts and kills Lucy but not before Lucy reveals that Eli is the one who wanted the power to create matter out of nothing. Coulson also realizes this when he finds Eli just as Eli is about to perform the experiment on himself. Coulson tries to sabotage it but it’s not enough. Zero Matter surges through the plant causing Coulson, Fitz and Robbie to disappear.

Eli steps out of the chamber unharmed and with his new power.

And with that, we take a couple of weeks off, which is disappointing for many reasons, not the least of which is, we never hear from Simmons after she is blindfolded and sent to her secret mission.

Agents of SHIELD returns on November 29 which gives me plenty of time to see Doctor Strange and catch up on Luke Cage.

What do you think of the new season so far?