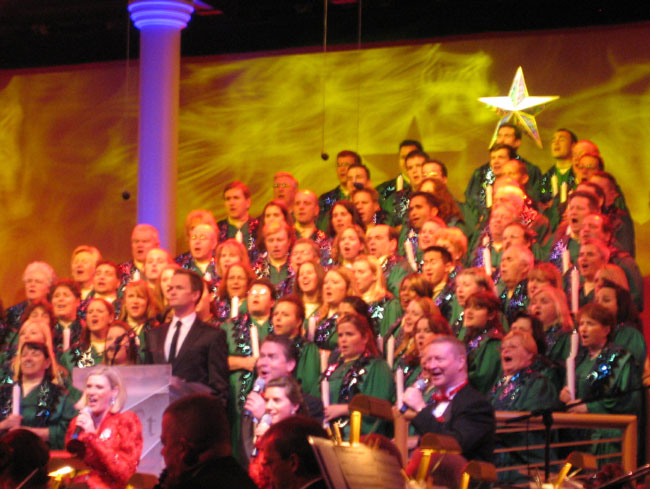 With the first Candlelight Processional at EPCOT less than a month away (let that sink in), Disney World has released an updated list of celebrity narrators. This year marks the first appearance for actress Ming-Na Wen (Marvel’s Agents of SHIELD) and baseball legend Cal Ripken, Jr. Recently added were Robby Benson (The Beast in Disney’s Beauty and the Beast) and Jim Caviezel (Person of Interest). December 7-9 slots remain open at this point.

Part of EPCOT’s holiday celebrations, the Candlelight Processional is performed by a live orchestra and large guest choir. It’s included with your park admission, but you might want to get a dining package (Breakfast, Lunch, and Dinner options are available) to make sure you have a seat at the most popular narrators.