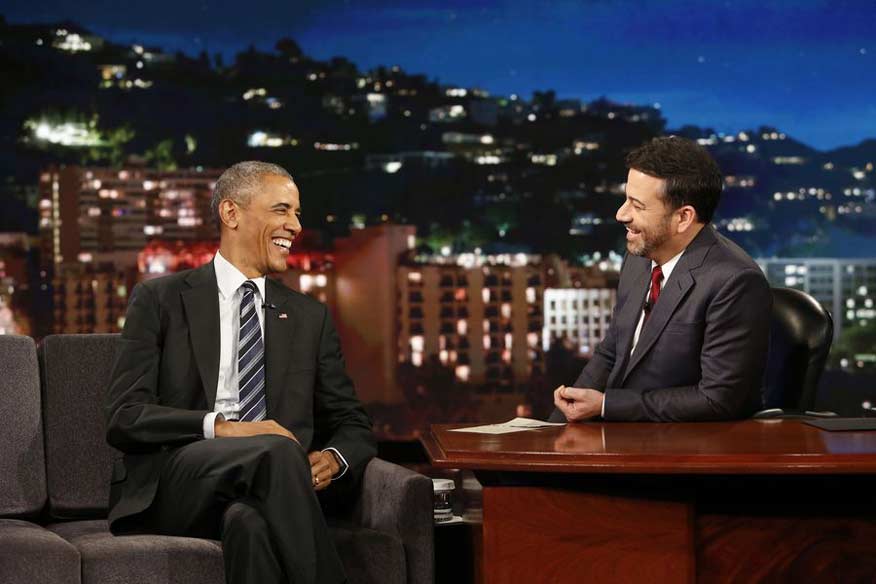 President Barack Obama sat down with Jimmy Kimmel on Monday night, just 15 days ahead of the upcoming election. Last time President Obama was on Jimmy Kimmel Live on ABC he did a segment called “mean tweets” where you read the mean tweets and then respond to them straight into the camera. They repeated that segment tonight with all new mean tweets.

Those on set at the filming reporting that Kimmel and the President had a good time, often laughing their way through commercial breaks. 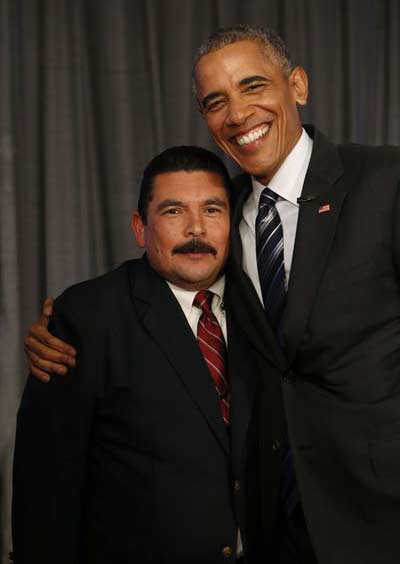 When asked about Democratic party nominee Hillary Clinton, Obama said that she is a perfet antidote to Trump and the divisions in the country’s politics.

“The brand of politics that Hillary represents, which is pragmatic and says you don’t get everything done all at once,” said President Obama, “that may not attract as much attention, it’s not something that goes into 140 characters as easily, but I think she will be an outstanding president.”

Kimmel asked why people don’t like Hillary Clinton and President Obama defended her saying that’s only because she’s been around for so long.

“Jimmy Kimmel Live” airs every weeknight at 11:35 p.m. EST and features a diverse lineup of guests that include celebrities, athletes, musical acts, comedians and human interest subjects, along with comedy bits and a house band.