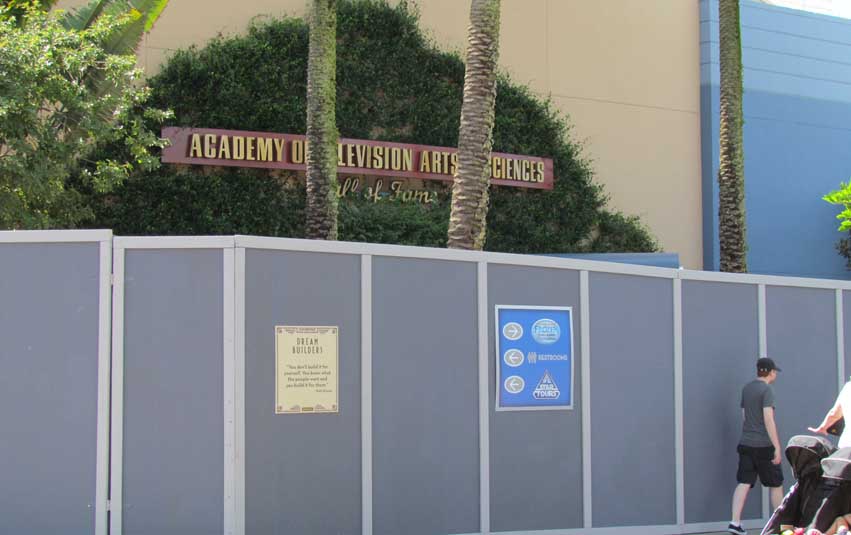 Disney’s Hollywood Studios has confirmed that the statue garden known as the Television Arts and Sciences Hall of Fame is being removed from the park. Now we know what will be taking over that space… a food marketplace.

During our last update from the Studios, we noticed that walls were up and some of the statues had already been removed. It had been one way of linking the park to its Hollywood roots with statues of TV stars like Walt Disney, Mary Tyler Moore, Lucille Ball, Bea Arthur, Bob Newhart and more. There was also a brief controversy over whether Disney would remove the sweater clad Bill Cosby bust after his very public fall from grace (they eventually did).

Disney’s Hollywood Studios tried a food marketplace earlier in the summer using Food and Wine marketplace booths to open three food choices in front of the Indiana Jones show. These weren’t as big as a success as they might have been, in part due to the location, but I also found the food a bit disconnected from the theme.

More food options are definitely needed at DHS, particularly during the major construction projects that are going on right now, so something that looks more permanent and is better themed, might do well.

While I’m sad to see the statue garden go (and definitely sad to see Walt Disney’s bust go), this is a change I can live with. How about you?