Marvel’s Agents of SHIELD S4E4 recap: Let Me Stand Next to Your Fire 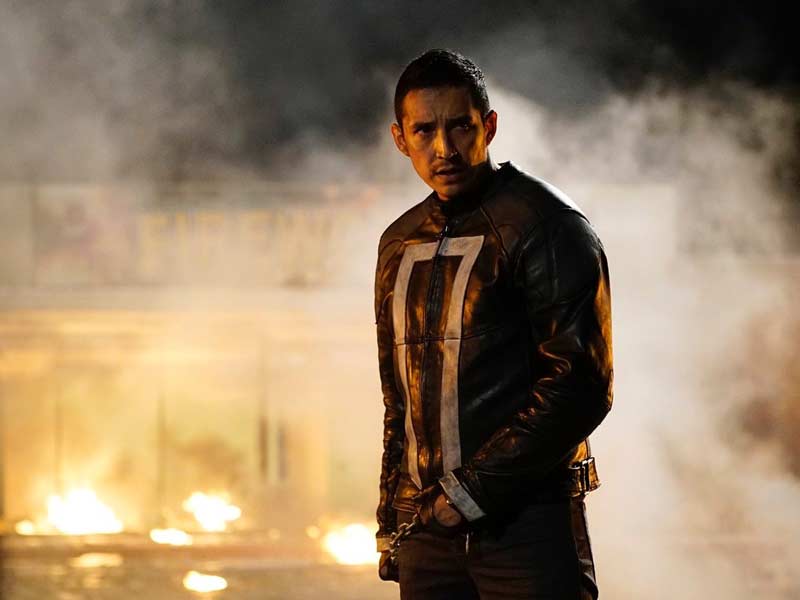 This week’s episode of Marvel’s Agents of SHIELD begins with Simmons looking at a potential apartment for her and Fitz to live. Turns out, the apartment was just a ruse to get Simmons away from SHIELD. Daisy is waiting for her. She’s been shot and needs help. She also reveals to Simmons that SHIELD is being hacked by the Watchdogs to find the location of various Inhumans and she needs Simmons to hack into the system as well.

Elsewhere Dr. Radcliffe is continuing to keep May under his care in the hopes of finding a way to cure people of the “ghost virus” without killing them. He’s using Aida, his LMD assistant, which makes Fitz nervous.

Coulson and Mack head to the prison where Robbie’s uncle, Eli, is being held to talk to the man about his involvement with the accident at Momentum. He refuses to talk so the agents start to leave they see Robbie drive by which leads to a great race between his charger and Coulson’s Lola.

The race ends when Robbie crashes his car into an invisible Quinjet. Coulson decides that, since Daisy seems to trust Robbie, he will too. He convinces Robbie to help SHIELD by getting the information that Eli has about Momentum. At the prison,Eli tells him that the team was working on creating matter out of nothing and that a mysterious book is what told them how to do it. He tells his nephew that, since the team isn’t dead, they will be looking for the book. Before they can continue this quest, though, another situation as come up. 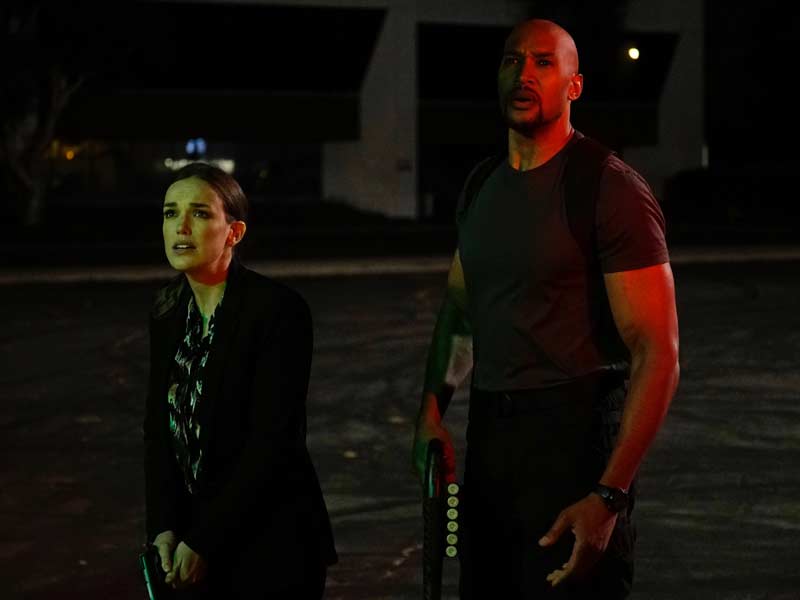 Simmons and Daisy have figured out that James, the fiery Australian from last season, may be the next target for the Watchdogs so they pay him a visit. He says he wants to help and that he has something that will help so he leads them to a storage unit but it’s actually an ambush. James is the one that gave the Watchdogs access to the list of Inhumans because he wants the world rid if them (including himself). Just as he is about to attack Simmons and Daisy, Ghost Rider shows up to save the day.

The Good Guys win the day by capturing James and taking out the Watchdogs. Back in the Zepher One, Coulson convinces both Daisy and Robbie that they need to work together to find this book before the ghosts do.

The final scene is at Dr. Radcliffe’s where Coulson and Simmons show up to give May a ride back to headquarters. Simmons immediately figures out that Aida is an android and becomes incredibly nervous about the standard lie detector tests that the new director is making her go through on a regular basis now that she has this and other secrets to hide.

Next week; the race is on to find the book and, will Robbie stay a friend or will he turn for?

So far I am really enjoying this season, how about you?