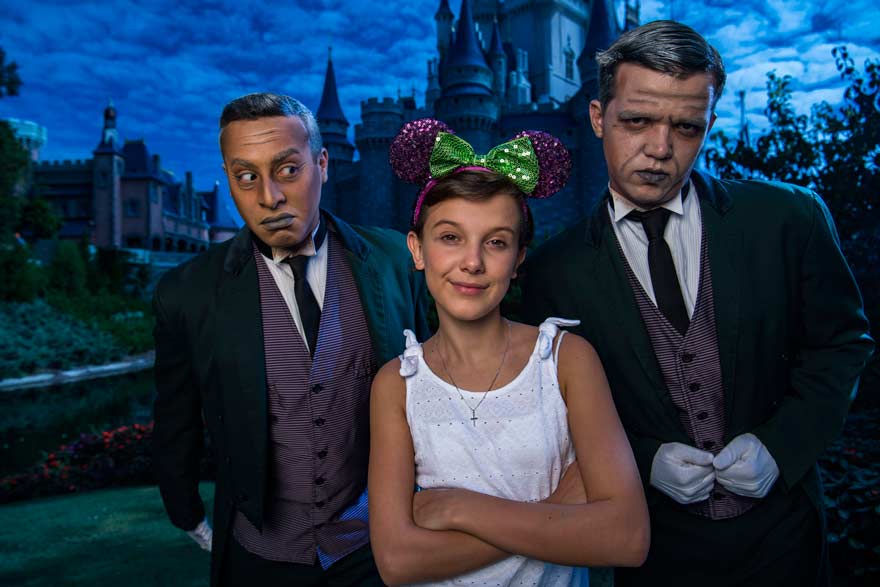 It was the spooky hit of the summer, Netflix’s “Stranger Things” was downloaded and binged watched then obsessively combed over by its fans. One of the standouts was actor Millie Bobby Brown, known as “Eleven,” a girl with super powers against evil forces.

Brown was spotted today at Magic Kingdom while she was vacationing with her family. Turns out she’s a huge Disney fan. As seems appropriate, she posed with two ‘grave diggers’ from Disney’s spooky attraction the Haunted Mansion.

Stranger Things takes American horror tropes and mixes them with science fiction stories. It’s also know for its homages to 1980s genre films. Who knows, maybe “Eleven” will show up in some iconic homages to Disney next season? Are you a fan of Stranger Things?