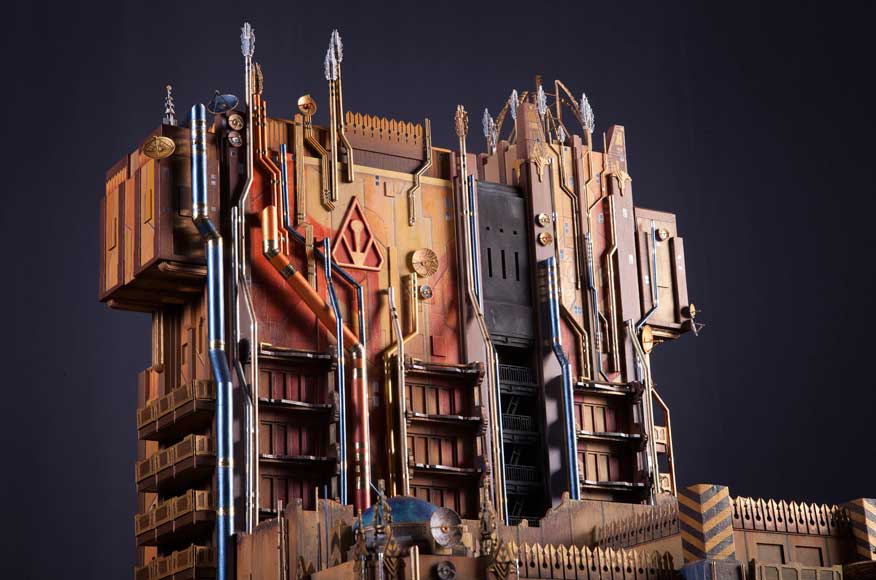 Whether you like it or not, the Hollywood Tower Hotel at Disney California Adventure is in the middle of a transformation into The Collector’s Fortress. It will be home to a new adventure, Guardians of the Galaxy – Mission: Breakout, the first attraction in what Disneyland is hoping will be an entire Marvel themed land.

Thanks to a model shared by Disney’s Imagineers, we’re getting a new look at the transformation. The new design combines sci-fi elements with a galactic power generator and warehouse to bring The Collector’s realm to life.

Definitely a lot of golds, reds, and sci-fi like elements. The tower purposely dominates that half of DCA. So it will be interesting to see how such a futuristic look fits in with the rest of the that half of the park’s more 1930’s California theme. My guess is not too well, but then you don’t expect to see the Matterhorn from the American frontier either and we’ve lived with that for 54 years. 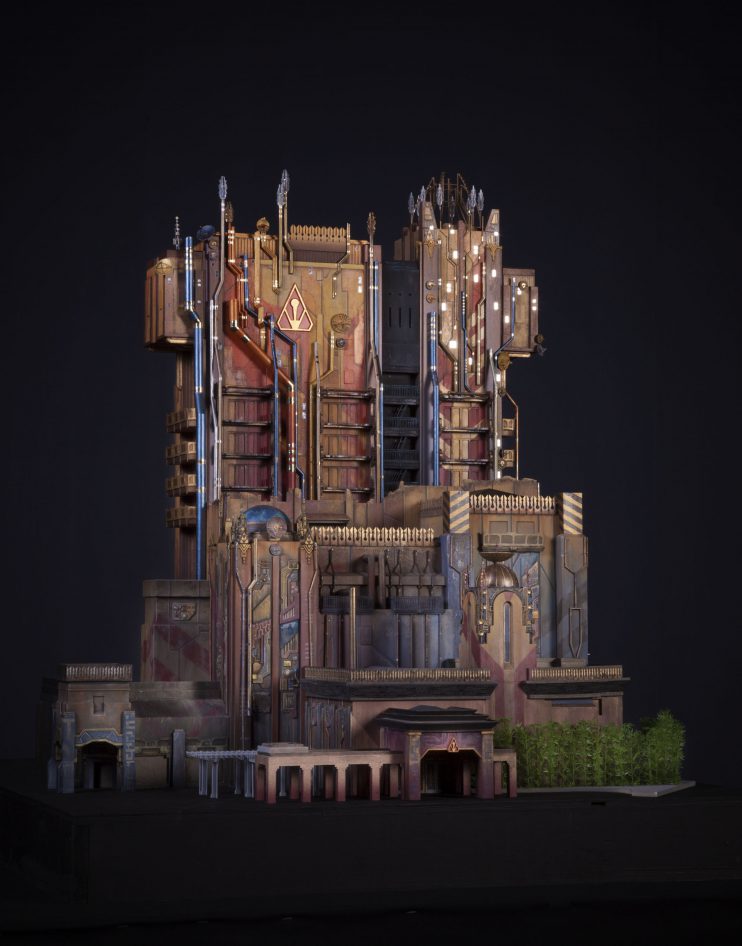 Guardians of the Galaxy – Mission: Breakout! will take park guests through the fortress-like museum of the mysterious Collector, who is keeping his newest acquisitions, the Guardians of the Galaxy, as prisoners. Guests will board a gantry lift which launches them into a daring adventure as they join Rocket Raccoon in an attempt to set free his fellow Guardians. The new attraction will transform the structure currently housing The Twilight Zone Tower of Terror into an epic new adventure, enhancing the breathtaking free fall sensation with new visual and audio effects to create a variety of ride experiences. Guests will experience multiple, random and unique ride profiles in which the rise and fall of the gantry lift rocks to the beat of music inspired by the film’s popular soundtrack.

Guardians of the Galaxy – Mission: Breakout! is scheduled for a summer 2017 opening.

Previously: sign removed from Tower of Terror ride at DCA.