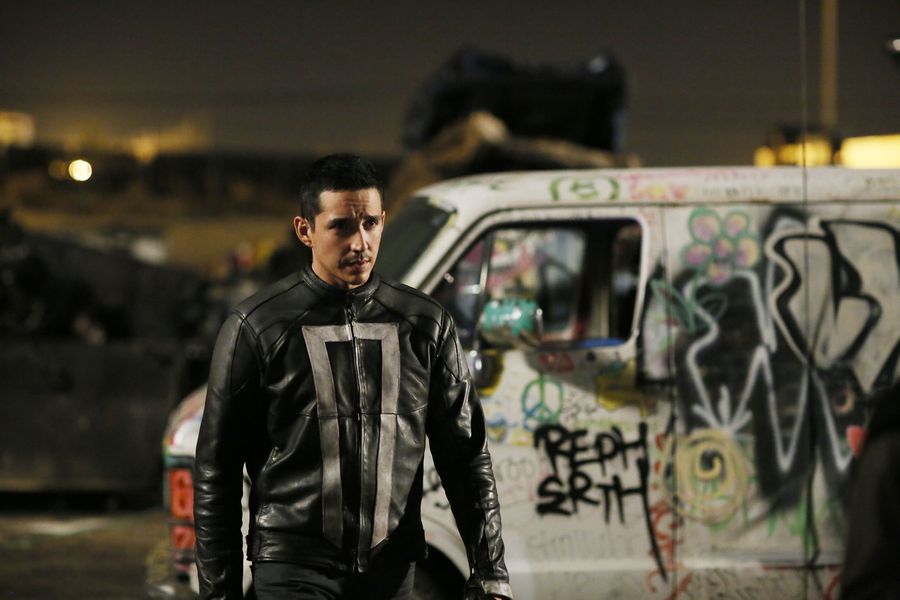 The season begins with a local gang connected to the Watchdogs (the group opposed to enhanced people last season) on the run. Skye…err…Daisy…err…Quake catches up to them and begins to take them out. Suddenly, a black Dodge Charger roars onto the scene. One of the gang tries to shoot the car with a rocket launcher but the car seems to absorb the explosion. A man steps out of the car and finishes punishing the gang.

Word of the attack reaches SHIELD including the fact that Daisy was at the scene. May sends Coulson (who is no longer director) and Mack out before she turns in the info so they can have a head start finding their former teammate.

Meanwhile, Daisy begins her hunt for this mysterious killer.

Coulson and Mack head to LA under the guise of checking up on an “asset” they have there, their old friend Yo-Yo. After the check-in is over, Mack and Coulson head out to find a stolen truck, secretly hoping that Daisy is looking for the same thing.

Meanwhile, May gives Simmons the cold shoulder because of Simmons’ new role as advisor to the new director. The whole team feels like the new director broke them up on purpose and they don’t trust him and even feel betrayed by Simmons for getting so close to him. Simmons defends herself by say she doesn’t trust him either but is trying to get as close as she can to him so that she can keep closer watch on SHIELD.

Fitz is hanging out with Dr. Radcliffe when he stumbles upon Radcliffe’s latest invention; a mechanical human created to act as a decoy in combat (also known as a Life Model Decoy but that term isn’t used yet). Fitz decides that they can’t show Simmons the LMD until it’s perfected because she’ll have to report it to the director. We don’t ever see this new director this week but he certainly seems like a shady character since none of our team likes him.

Back in LA, Coulson and Mack have found the truck and the group that stole it. Inside the truck is a container holding something. When the gang opens it an Inhuman fully made of Terrigen Mist comes out and infects them. Coulson and Mack watch as they fight each other until May shows up with a strike team. The team takes down the bad guys but the Inhuman infects May before she disappears. Daisy doesn’t show up because she’s found Robbie Reyes and figures out that he is the serial killer she’s been looking for. The two duke it out for a while until he changes and we get our first look at the Ghost Rider. He overtakes Daisy quickly but when she tells him to go ahead and kill her because she deserves it, he walks away.

The next day, Daisy catches up to Robbie and sees him helping his brother, who is wheelchair bound, out of a car and rolls him up the street.

The final moments of the episode show May and Coulson have some much needed down time, but we also see that whatever May was infected with is starting to affect her.

Overall, a great start to a new season. What did you think?