“Monstober” is coming this October to the Disney Channel 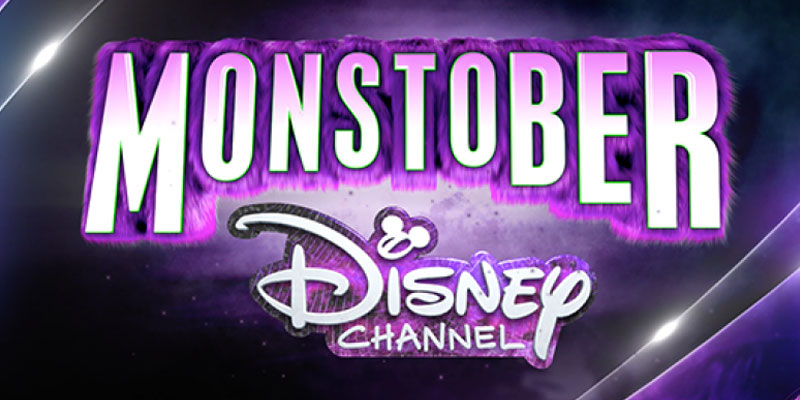 We’re ready for some family friendly spooky Halloween fun with the return of “Monstober” on Disney Channel. The month-long Halloween celebration begins Saturday, October 1! The spooktacular event includes Halloween-themed episodes of hit Disney Channel series; the premiere of the Disney Channel Original Movie The Swap; special short-form content premiering nightly as part of “Monstober Theater”; and the return of Mal-oween—which includes an encore performance of Disney’s Descendants and the second-season premiere of the animated shorts Descendants: Wicked World.

The October lineup also includes a week-long premiere event of Best Friends Whenever, with new episodes airing Sunday, October 2, through Thursday, October 6 (9–9:30 p.m. EDT), and the big U.S. premiere of The Lodge, with five back-to-back episodes premiering nightly beginning Monday, October 17 at 5 p.m. EDT). It’s truly an embarrassment of Halloween-y riches, and it all kicks off in just a few weeks’ time. Time to bust out some candy corn and caramel apples!

Over 60 short-form interstitials celebrating “Monstober” will debut nightly as part of “Monstober Theater.” These Halloween-themed pieces include Disney Channel stars’ transformations in “Monstrosity Maker,” “Zombodies” animated shorts, Halloween makeup tutorials, DIY lessons and a “Talking Heads” series featuring the cast of “Bizaardvark.” Beginning Saturday, October 1, the Disney Channel App will host a “Monstober” collection with a variety of “Monstober” episodes, short-form content and movies available throughout the month. The collection will also house all four seasons of “Wizards of Waverly Place.”

Which will you be watching?