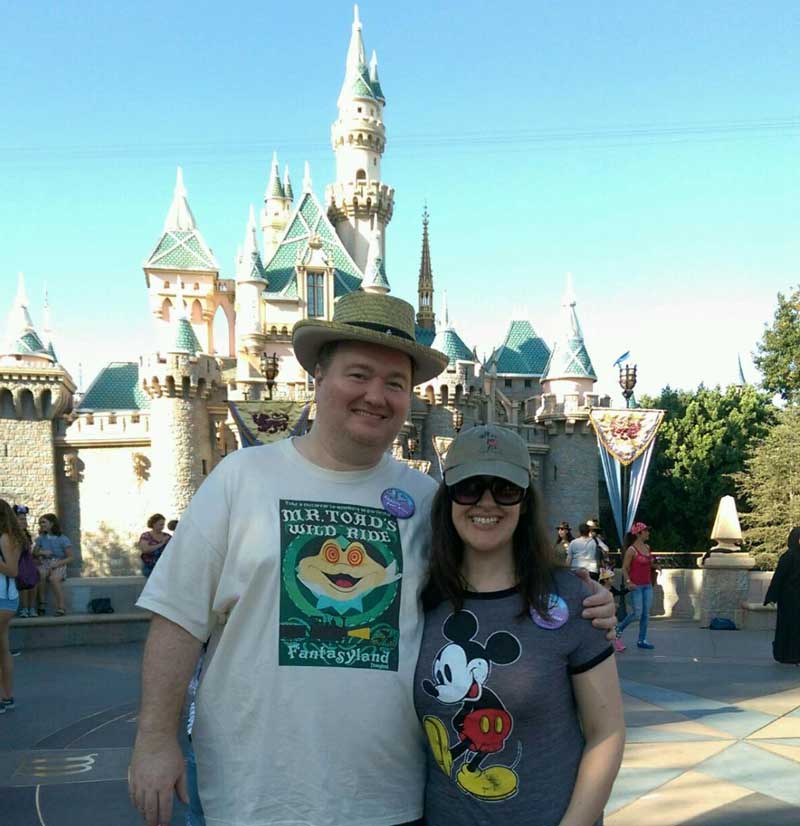 I get story pitches all the time for the blog, but I can honestly say I’ve never received anything like today’s story. When I received the story of howMakya got married on the Splash Mountain attraction at Disneyland, I knew I had to share it with you.

Makya proposed to his girlfriend Heather and they started to plan their wedding. For a variety of reasons didn’t want to go the traditional route. Getting married by Elvis in Vegas was a no go (that guy’s an imposter), but a quick trip to Disneyland might be possible.

According to Makya the only problem was, “You can only get married in Disneyland if you purchase one of their wedding packages that start at Way-More-Money-Than-I-Would-Ever-Spend-On-A-Wedding and go all the way up to Way-More-Money-Than-I-Have-Ever-Seen-In-One-Place-Except-For-In-Movies-About-Bank-Robberies-Gone-Wrong.”

So they decided to go covert and get married in the park on the sly. This is not something I would normally recommend doing. If you can’t afford to get married at Disneyland, you can always have your -or post-nuptials party there and your ceremony somewhere else. It’s nearly the same thing.

The happy couple decided to get married on Splash Mountain. One of their friends got ordained and they got their marriage license then set off for the park.

“Heather created some signs to hold for our wedding pictures courtesy of the Splash Mountain photo booth. I wrote the ten second vows for Danny to read on the thirty seconds of the ride that we could videotape before descending into the splash portion of the mountain. And we all giggled to ourselves – this is really fun.” 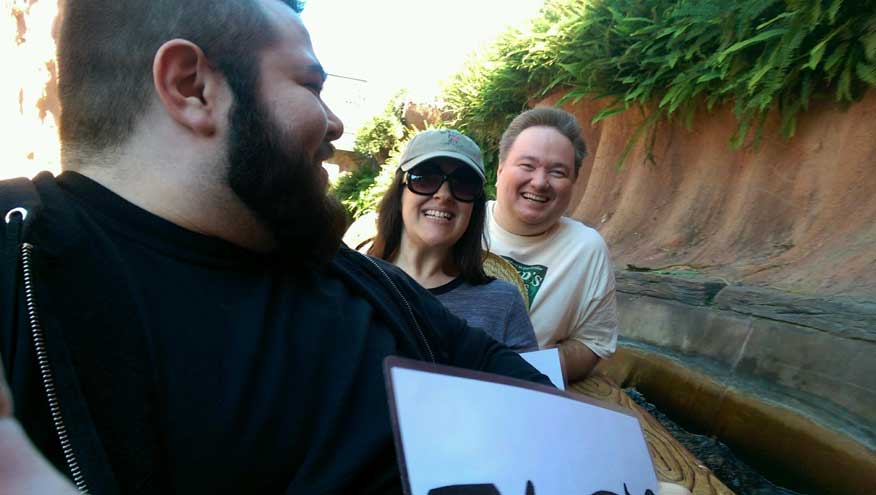 When on the ride, they squeezed the vow exchange into the section before the first drop and pulled out the signs for the final splash down. The end result is a great photo and a story they can tell their grandchildren. See the photo from Splash Mountain and read the rest of the story over on Makya’s blog.

Have you heard of other on the sly weddings at Disneyland? Have you ever run across one?