Each year more than 1,200 couples tie the knot at Walt Disney World. There are a variety of outdoor gardens, gazebos, and courtyards that host weddings and a wide range of prices to match. The Magic Kingdom also recent began hosting weddings in the park, but the most popular location is the Disney Wedding Pavilion located between the Grand Floridian and Polynesian resorts.

The pavilion first opened in 1995 with a live televised wedding as part of Lifetime Television’s “Weddings of a Lifetime” series. It’s also appeared on many television shows including “Extreme Makeover: Home Edition.”

The wedding pavilion is current scheduled to get a makeover of its own this winter. A new interior design will feature elegant, a neutral color palette and shimmering crystal chandeliers. They’ll load in new furnishings, wall coverings, and carpeting to round out the look. 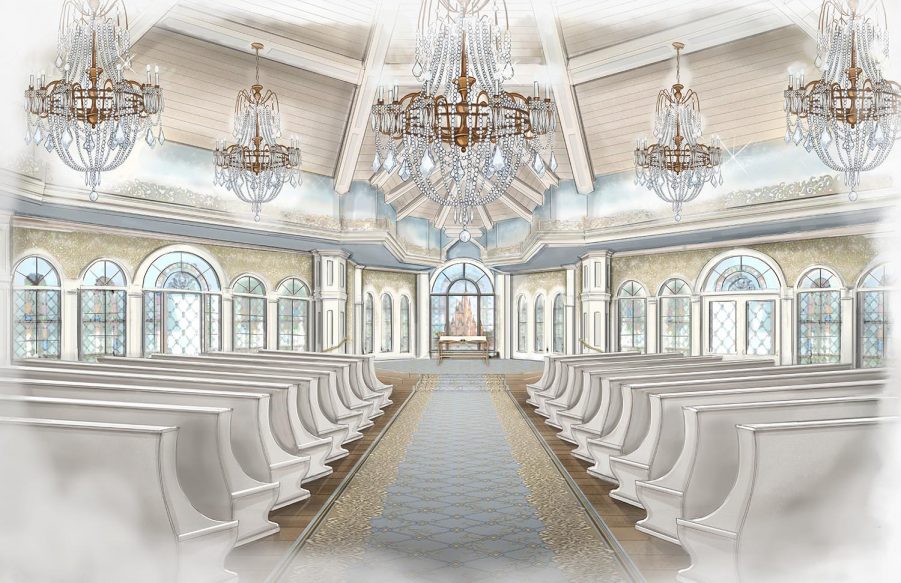 They’re certainly upgrading the elegance level by a couple factors. Is that what couples are looking for these days?

Currently the enhancements are expected to be revealed the week of January 14, 2017. Does your dream wedding involve a fairytale ceremony at the most magical place on earth?