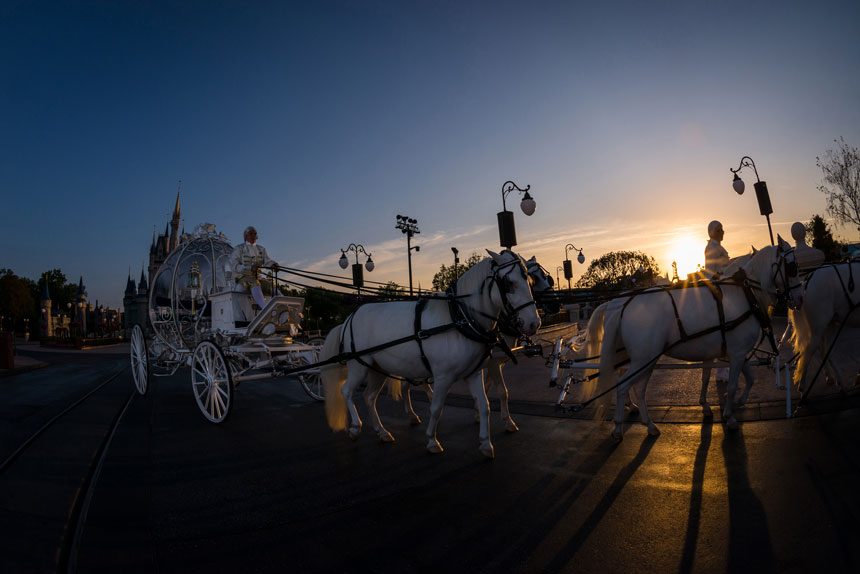 The sun is slowly rising in the east and the pink glow matches the rose petals that are being strewn in front of the beautiful bride as she slowly processes down the aisle toward Cinderella Castle. The groom smiles and the father of the bride wipes away a tear. As everyone at the wedding stands the first sun rays of the day majestically paint the castle. All that’s left now are the vows the rest of your life together. That’s the power of the most magical wedding on Earth.

The new East Plaza Gardens location is the first time guests have been able to get married in front of the castle. Here’s a little preview of what the ceremony might look like:

“Couples have been seeking a celebratory location showcasing the iconic Cinderella Castle,” said Korri McFann, Marketing Director Disney’s Fairy Tale Weddings. “We are thrilled to have the opportunity to make those dreams a reality.”

The ceremony will be staged in the morning, just after the official “rope drop” at the park entrance. You can also include a grand entrance aboard Cinderella’s glass coach or horse-drawn carriage along with any number of reception areas across Walt Disney World. 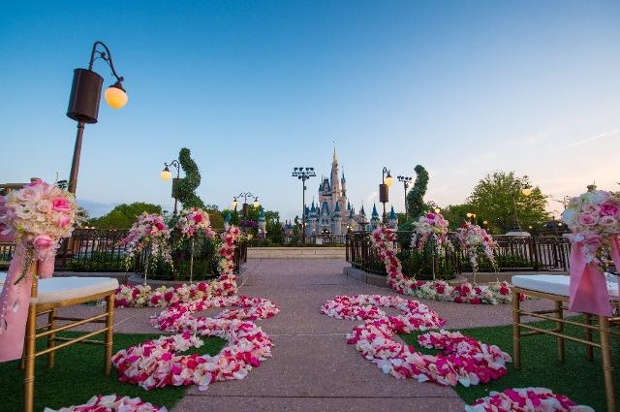 This will no doubt be a popular wedding, but for the amount of money a couple will be dropping on this ‘I do,’ I would hope that Disney removes those two very obnoxious light poles from between the ceremony and the castle. Who wants to have those things blocking the castle in every picture of their wedding ceremony?

Disney hosts more than 1,200 weddings a year at Walt Disney World. Options for a simple ceremony start at around $2,500 and go up into the six figures. Would you consider having a wedding ceremony inside the Magic Kingdom? How much would you be willing to pay?