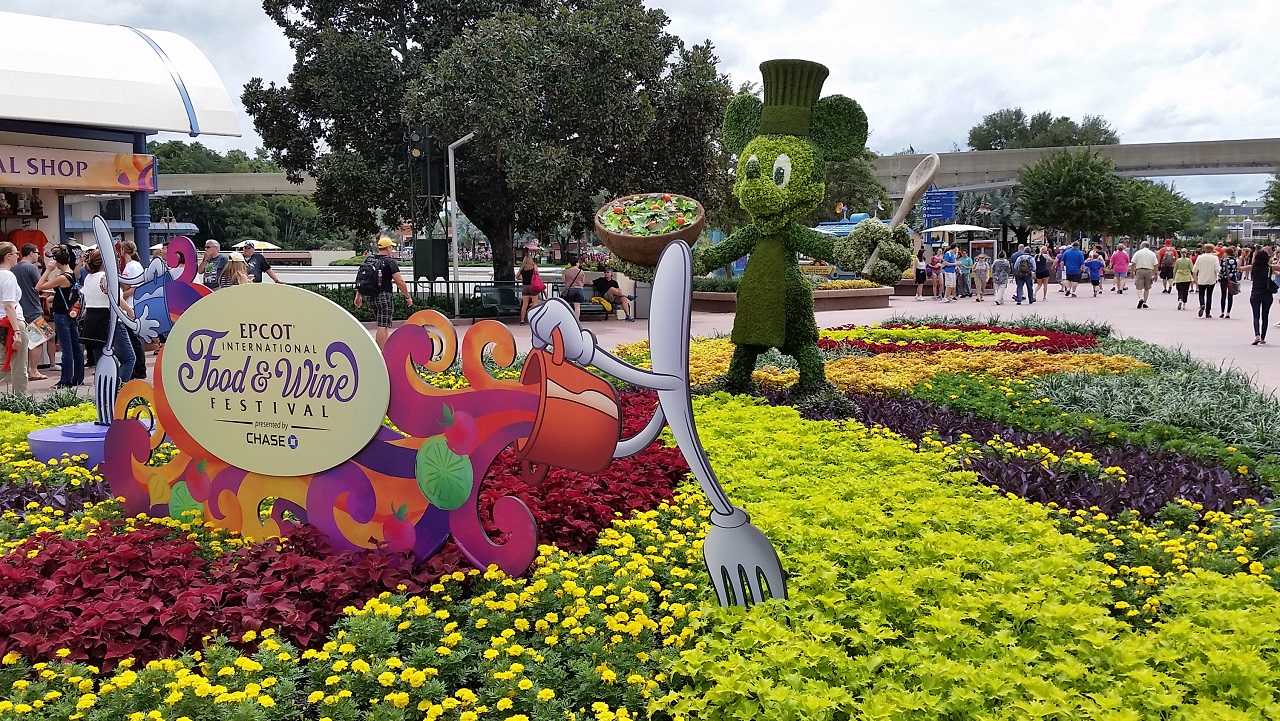 I can smell the good cooking at EPCOT already. The 2016 EPCOT International Food & Wine Festival is just says away now. The 21st year of the event begins Sept 14 and runs a glorious 62 days until Nov. 14. There’s no excuse not to get over to EPCOT for some foodie fun.

As a regular visitor to the festival, I do have some tips for newbies:

1) It adds up quickly. A $4 plate here, a $5 wine taster there, and before you know it you’ve spent $75 or more. To prevent overspending, put whatever money you plan to spend on a Disney gift card. Then when that’s out, go ride some rides or take in a concert.

2) The booths open at 11AM with World Showcase. Getting there early and heading quickly to the other side of the lake is a great way to avoid lines. There will be lines. Talk to people in them. Find out what they’ve tried. What they liked. Don’t like lines, try going on a weekday.

3) Party for the Senses is amazing. It’s not cheap, but if it’s for a special occasion or you’re just that big a foodie, it’s worth the splurge.

4) There are three concerts a night. The third one is almost always available with just a short wait. The best seats go to dinner package holders. So if you want the up close and personal experience, that’s your best option.

5) There’s more to the Food and Wine Festival than World Showcase. There are now food booths in Future World and, of course, the Festival Center. The festival center is air conditioned, which can make a nice break. On weekends you can enjoy some free seminars or some of the upcharge events.

The festival is believed to be the largest food and wine event of its kind in the world.

Here are some fun facts about the 21st festival celebration:

We hope you make it to this year’s Food & Wine Festival and that you manage to have a little fun, some tasty drinks, and a lot of great food.