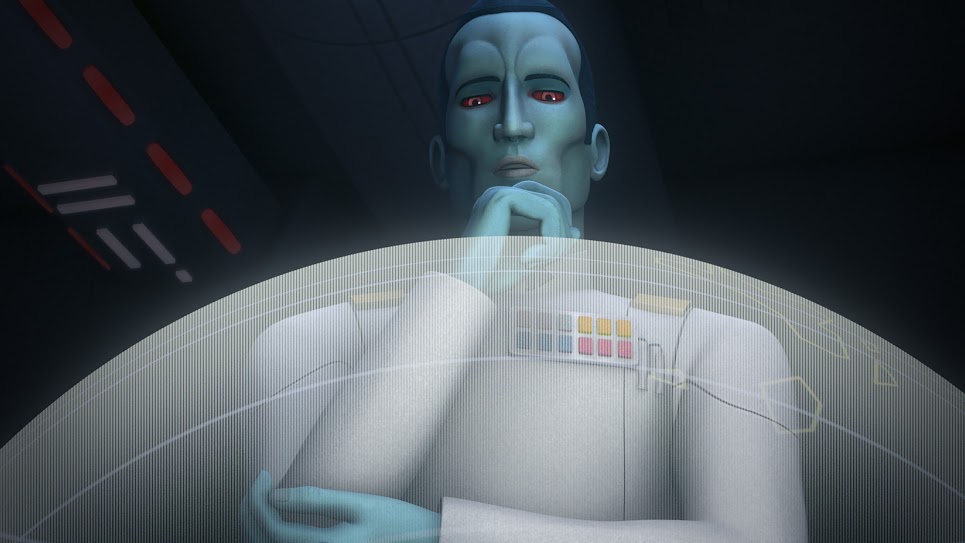 We’re twenty days away from the return of Star Wars Rebels and and the tension is ratcheting up. To counter the actions of the Ghost crew and the growing rebellion the Imperial forces have enlisted master strategist Grand Admiral Thrawn.

There’s some great new footage in this preview clip for the series. It really builds up Thrawn as a worthy adversary for our heroes. Will he finally be their undoing?

Set your DVRs to stun for the return of Star Wars Rebels on September 24th on DisneyXD.