The plan to expand Disney’s Hollywood Studios required a few infrastructure changes to fit both Toy Story Land and a Star Wars themed land in the back half of the park. Included in those were a new drainage plan that shuttles excess rain water across World Drive to new reservoir ponds. Also moving across the road was the fireworks launching pad. 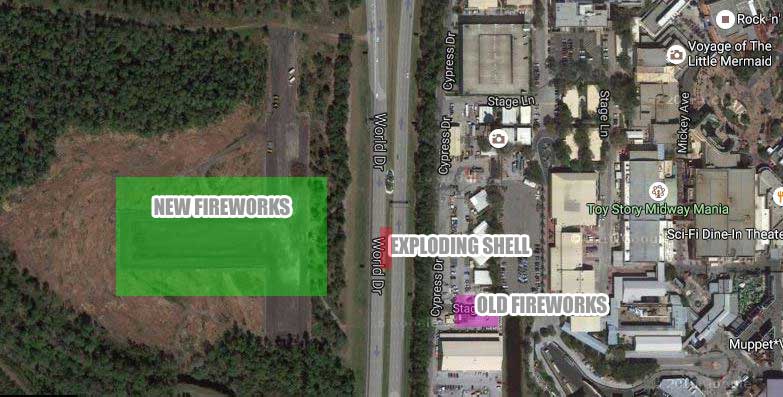 Previously, the fireworks were launched from backstage near the Backlot Tour route, but this new location across World Drive allows Disney to go bigger and higher with the fireworks. It also, as it turns out, means there’s a risk of a mis-fired firework shell landing on World Drive.

It’s probably a pretty rare occurrence, but not so rare that such a mis-fire was captured on video. This was taken from the front of a Walt Disney World transportation bus.

This video was filmed on August 16, 2016. The folks in that PT Cruiser lost a hub cap. Hopefully that was the worst of the damage. It could have been much worse if that shell scored a direct hit, if it had been a convertible, or if there had been more traffic and a driver swerved out of surprise.

Like I said, a rare occurrence. But you have to wonder what preventative measures Disney can put in place to make sure this happens less frequently, perhaps never again.

Do you believe Disney has created an unsafe driving condition with its new fireworks launching pad for Disney’s Hollywood Studios? What would you do if a fireworks shell exploded and damaged your car?