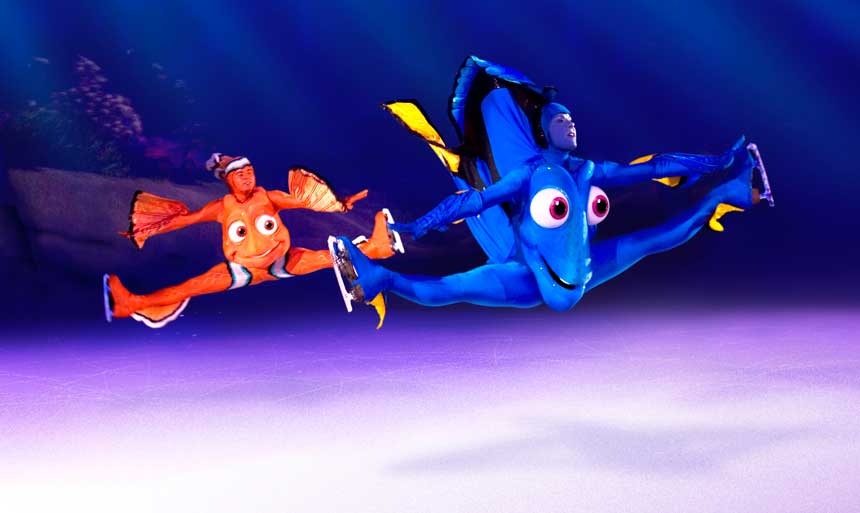 For many families across America a trip to Disneyland or Walt Disney World just isn’t in the budget this year and probably next year too. But there is an affordable bit of Disney that comes to their town every year and brings it’s own dose of pixie dust to spread around – Disney On Ice. Their new show “Follow your Heart” is debuting in Orlando next Friday and it features the cast of Inside Out and Finding Dory from Pixar’s hit movies.

Join Joy, Sadness, and the rest of the emotions from inside Riley’s brain as they work together to boost her spirit and win the big hockey game (wait, an ice show about Hockey, who’d have thunk). From Finding Dory there’s the usual crew plus the new pal Hank. You’ll also venture to wintery Arendelle where the gang from Frozen are working with the most powerful magic of all – love. Of course, there are Disney Princesses, the Toy Story gang, and Mickey, Minnie and your Disney friends.

Check out this special preview Disney on Ice shared on Facebook Live.

Disney On Ice is brought to you by Feld Entertainment, which has long ties with the Disney Company going back to the first show in 1980. The new show opens next Friday in Orlando, and is a great, air conditioned option for Disney visitors in the area next weekend. Tickets for Disney On Ice presents Follow Your Heart start from $18. Pick yours up at www.DisneyOnIce.com or www.ticketmaster.com.