AbracadaBar – Inside the Magic Lounge at Disney’s Boardwalk I recently had the chance to visit the new AbracadaBar Lounge at Disney World’s BoardWalk. It’s a lovely addition to the popular entertainment and dining district. Disney’s Imagineers have come up with a fun backstory, which we’ve included with our video tour of the bar:

It’s not a big bar, it took over the space of the former candy store, but it fits a lot of detail into a small space. There’s no big show like they had at The Adventurers Club, but there are a few small magical details to keep an eye out for. 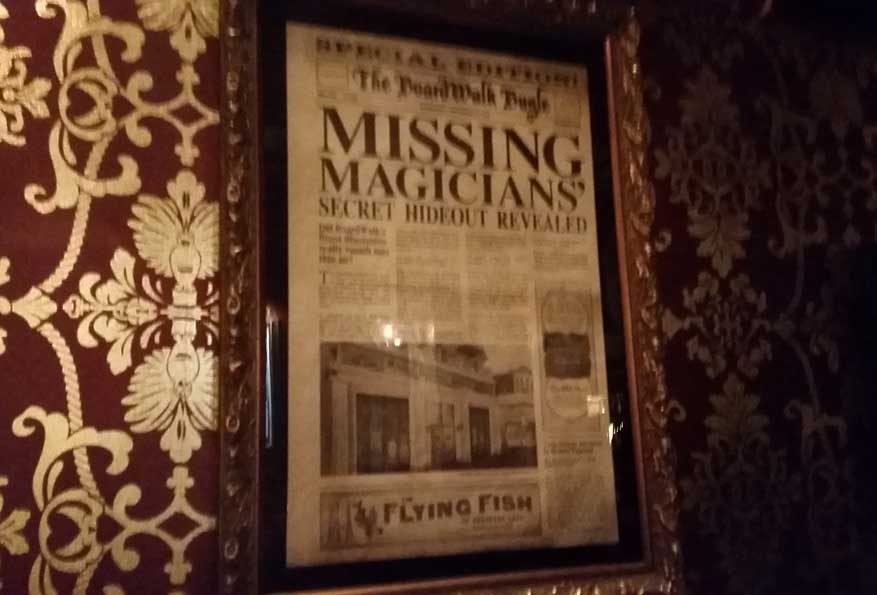 This newspaper details the lounge’s backstory

The first comes with the service as the staff will demonstrate when showing you the menu. Others come with various drinks which do their own tricks. There are also magical posters on the wall that change with the time. 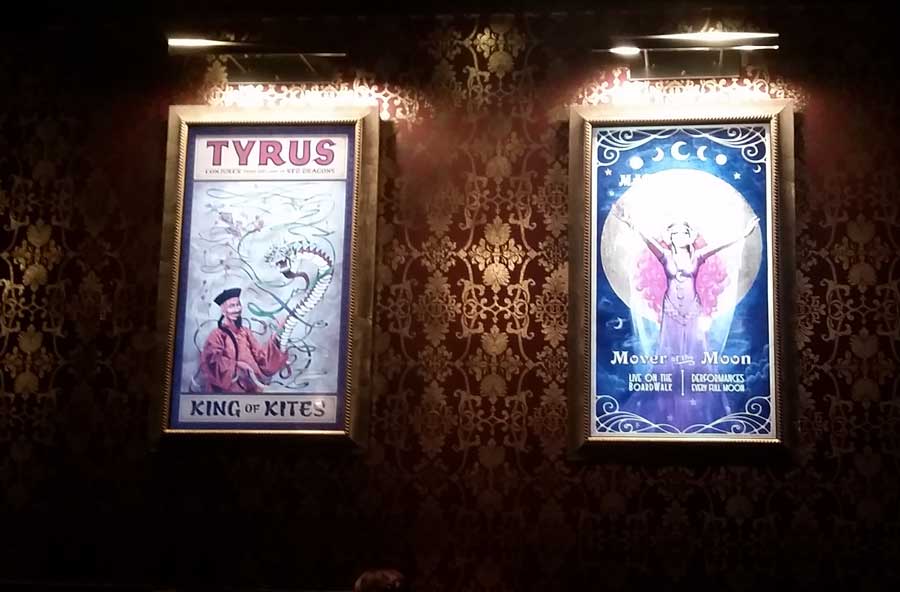 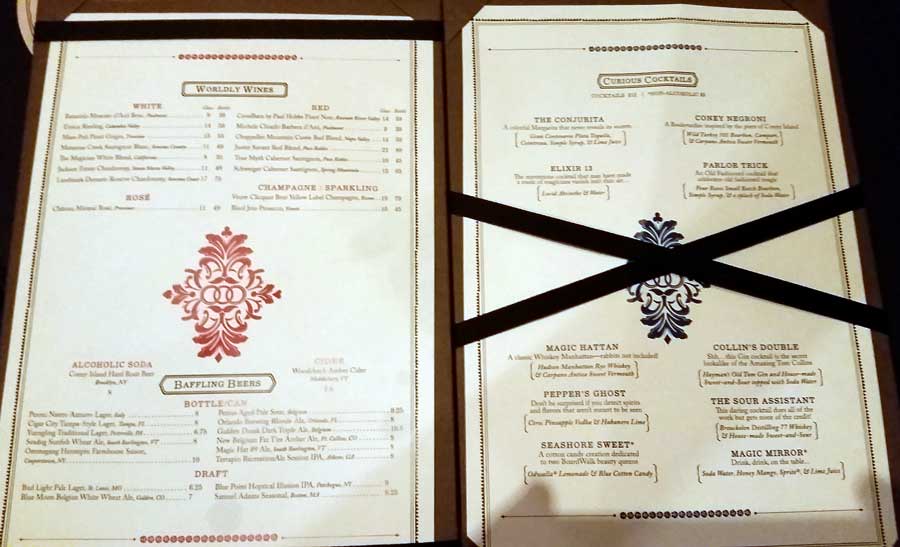 We recommend savoring one of the bar’s signature cocktails (all priced at $12) and soaking up the atmosphere. But don’t expect too much from AbracadaBar beyond a good drink in a nice atmosphere. 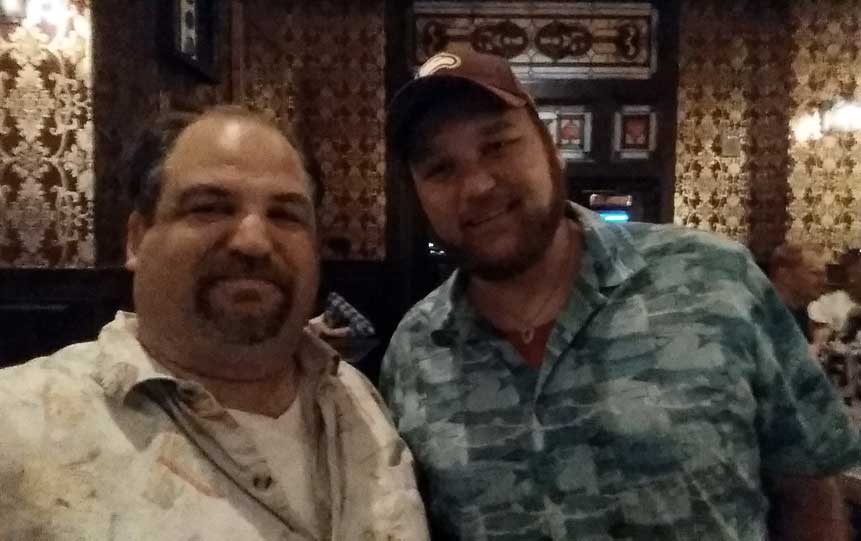 Finally, I had the pleasure of finally meeting The Disney Blog author Chris Fox at the AbracadaBar. He and his beautiful wife were great company as we explored the nooks and crannies of this fantastic new addition to Disney’s lounges.

Previously: A first look inside the AbracadaBar at Disney’s Boardwalk.