New Frozen Ever After attraction warms up EPCOT’s Norway pavilion 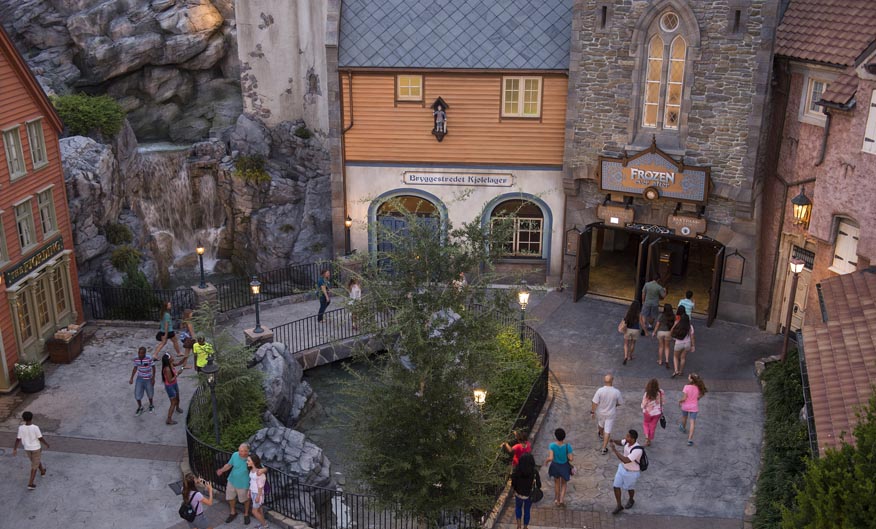 Disney’s most success animation franchise now has a home in EPCOT’s Norway pavilion. Olaf, Anna, Queen Elsa and all their friends have decamped from Arendelle to have a summer snow day. “Frozen Ever After” and the “Royal Sommerhus” are already attraction crowds all day long.

The attraction replaces Maelstrom, but keeps the same boats and most of the same track. A new expanded queue area occupies where the movie used to be and the boat loads an unloads about where the old ride used to end.

In the queue you will get a peek inside Kristoff’s icehouse, as the “Official Ice Master and Deliverer” and walk through “Oaken’s Tokens” at the port of Arendelle. Keep an eye on the sauna door, where Oaken likes doodling in the steam! There are also a few tributes to Maelstrom in the store, see if you can find them.

The attraction itself takes you from the harbor of Arendelle, past Willow Forest, through Troll Valley, and up the North Mountain to Anna’s Ice Palace. In other words, you hit all the big moments from the film, but it’s not a retelling of the film. Instead it feels more like good friends welcoming you to their home. 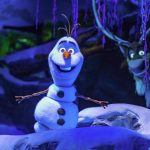 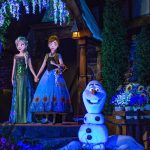 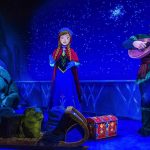 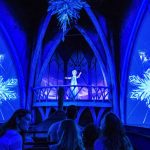 When the glittering doors open leading to the Ice Palace Great Room, guests are encouraged to sing along to Elsa’s familiar anthem, “Let It Go” as the Queen’s ice magic surrounds them.

The ride ends with a splash down back to the Arendelle Bay after the boat passes happy Snowgies and Marshmallow.

Disney’s team of Imagineers have actually done some great work on this attraction. It’s as big a conceptual leap in theme park entertainment as 1983 new Fantasyland was at Disneyland. Even those who are tired of the ubiquity of Frozen in Disney’s theme parks, will find something to like with what Disney was able to do with the space.

The biggest problem is the capacity is still horribly low. Unlike the water rides over in Mexico or Pirates of the Caribbean, the boat capacity is low and the load and unload process is slow. This means long lines. Fastpass is recommended, but that means you miss the charm of the new queue.

There were also a few moments where how the technology blended with the story wasn’t seemless. But I’ll forgive them some rough edges. It’s a theme park attraction, not virtual reality.

Here’s a tip if you can’t snag a Fastpass, Times to use a Fastpass doesn’t start for Frozen Ever After until 11AM, but it opens with the park 9AM. So head there directly after rope drop to get on with the shortest wait.

We’ve captured some more hidden secrets and fun facts related to Frozen Ever After in this video:

All in all, it’s a charming ride, made better by the new generation audio-animatronics. Kids who love the movie will love the ride as well. While there is some rear projection, most of the ride are fully rendered sets with 3-D characters. I’m definitely a fan, I just wish they’d figured out some way to double attraction capacity before reopening it.

Will you visiting the Royal sisters from Arendelle on your next visit to EPCOT?