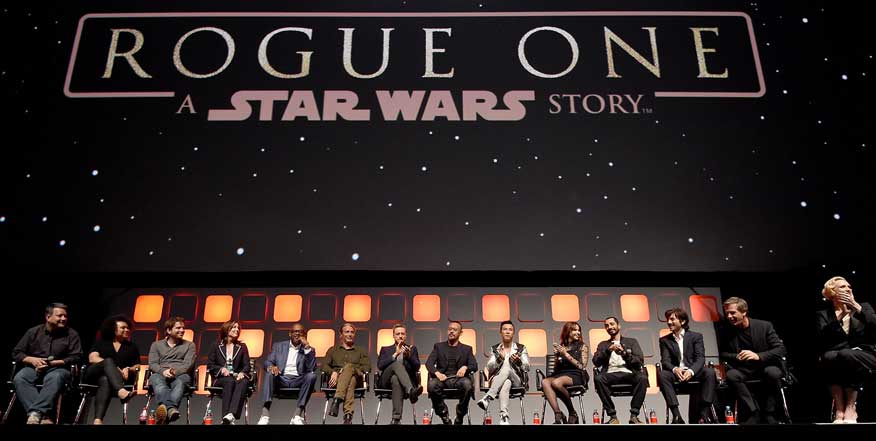 Today in London on the first day of Star Wars Celebration, Lucasfilm and Disney treated those in attendance and watching via livestream to a terrific panel on “Rogue One: A Star Wars Story,” including some great reveals like a new poster for the movie, a fantastic sizzle reel, and a confirmation of a major rumor. We also got to hear from the filmmakers and actors involved, including a few little character secrets and some behind-the-scenes details. 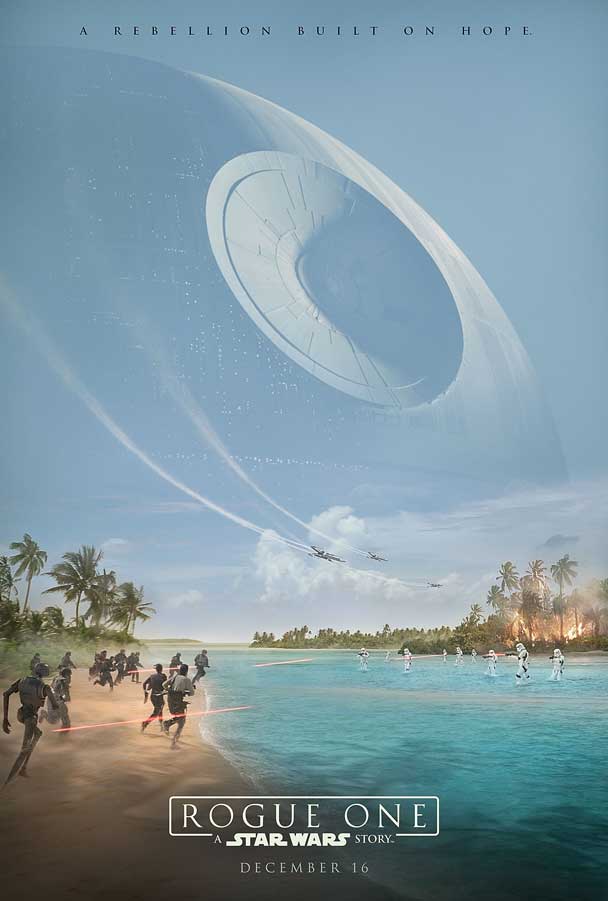 The sizzle reel has a ton of new footage, so let’s get right to it:

Some of the other nuggets we learned from the panel:

The Star Wars story films are meant to be stand-alone films that can explore different characters, places, planets, and experiences all around. We get that in spades in Rogue One.

Planet Jedha is occupied by Imperial Forces, but also something of a mecca for pilgrims.

Planet Scarif was filmed in the Moldives. Moldivian army were used as extras to play Stormtroopers. There are some amazing shots of them walking through the shallow water of the island nation. Ironically most of the extras had no idea of what Star Wars even was.

Felicity Jones showed off the first toy for Rogue One, a doll of her Jyn Erso’s character. 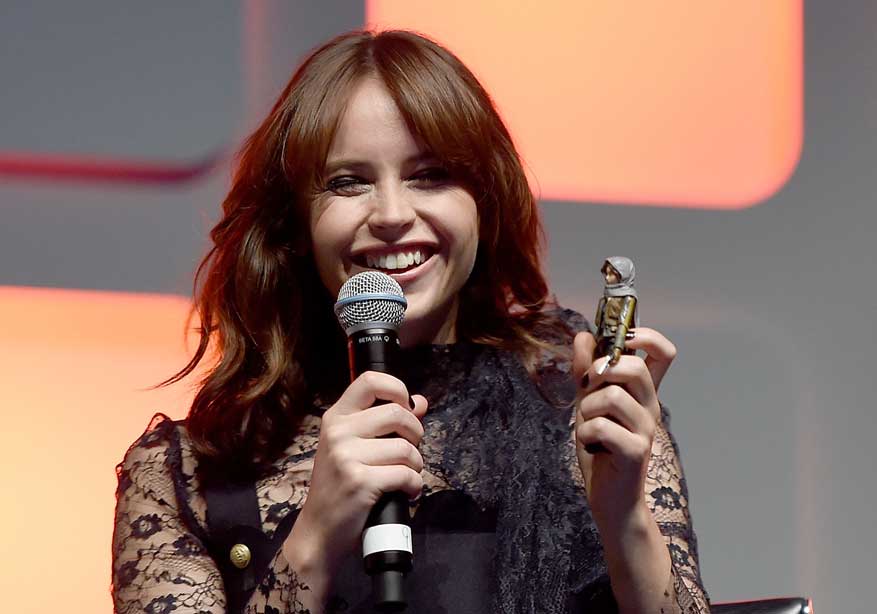 We also got a look at the K-2SO droid owned by Cassians. The droid is voiced somewhat sardonically by Alan Tudyk, who also provides the motion capture performance. A former Imperial Droid, he had his memory wiped, which left him with a unique personality.

I love the presence already being groomed by Ben Mendelsohn of his new villain Director Orson Krennic. There’s something about that cape. 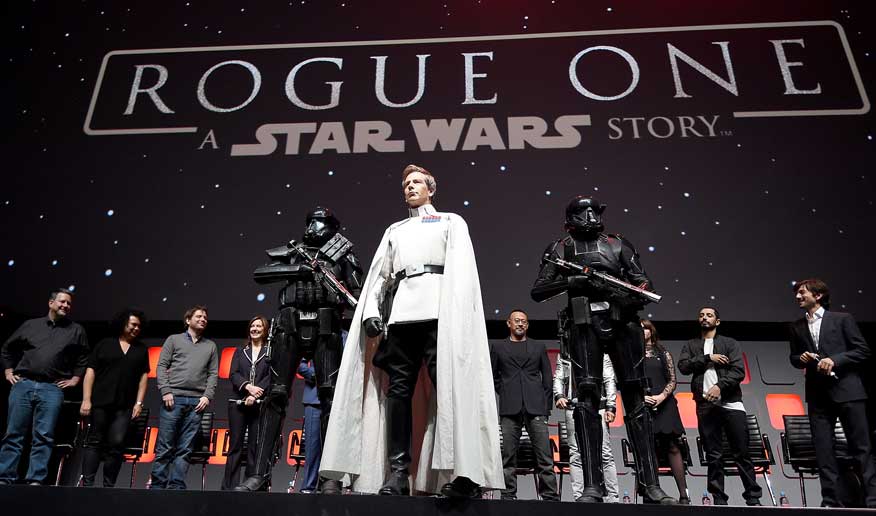 Finally there had been rumors of Darth Vader returning in Rogue One. Not only were those rumors officially confirmed, we learned that James Earl Jones was brought back to record the voice. Excellent.

That was a fantastic panel and a great sizzle roll. It definitely fits in with the Star Wars mold while still being something new. “Rogue One: A Star Wars Story” will be in theaters starting December 16.

(Photos by Ben A. Pruchnie/Getty Images for Walt Disney Studios)