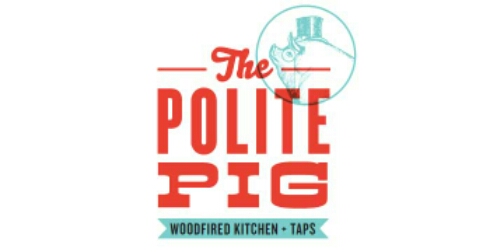 ​If you’re a fan of fine food in Central Florida then you’ve no doubt heard of husband and wife chefs James and Julie Petrakis. They’ve made a big culinary splash with their Winter Park, Fl restaurants Cask & Larder and The Ravenous Pig for which they’ve won numerous awards including multiple nominations for James Beard Foundation “Best Chef.” The good news for Disney fans is that team will soon open “The Polite Pig” in Disney Springs at Walt Disney World.

Scheduled to open in spring 2017, The Polite Pig will feature a variety of wood-fired smoked and grilled items. The restaurant will also introduce an innovative beverage program that serves all drinks on tap, including Cask & Larder beer, wine, and cocktails. Joining in the fun will be Brian Petrakis, who owns and operates popular Orlando eatery Greens & Grille. The partnership unites the Petrakis brothers on a restaurant venture for the first time.“As a locally-based restaurant group, it’s great to bring our new concept to Disney Springs where we’ll have the opportunity to showcase genuine Florida cuisine for guests from around the world,” James Petrakis said. “With so many talented chefs opening new restaurants at Disney Springs, we’re really excited to be part of a group helping Orlando distinguish itself as a world-class culinary destination.”The Polite Pig will be located in the Town Center neighborhood. The 5,000-square-foot venue will be open daily, with seating for about 200 guests. Construction will be led by Gomez Construction, and HHCP Architects will oversee the restaurant’s overall design. Anna Schmidt Interior Design will handle interior design and Lure Design will spearhead branding efforts. All four firms are based in Florida. This will fit in a currently unoccupied space in Town Center near the lime garage. This is great news for the area if you ask me. So far the biggest successes have been the restaurants. They bring people into Disney Springs and will help drive some foot traffic to Town Center at night. Are you a foodie who has dined at either of the Petrakis’ restaurants? What do you think of this news?