Add the magic of Disney & Pixar characters to your mobile communications with the more than 400 emojis that appear in Disney Emoji Blitz, a new mobile game and custom keyboard available now on iPhones and Android devices. You’ll find emojis representing characters from favorites like “The Little Mermaid,” “The Lion King,” “Cinderella,” “Frozen,” “Finding Dory,” “The Muppets,” “Toy Story,” and more!

The game itself is a fast-paced match-3 game where you score points and unlock new emoji. Each emoji has its own power and you can power-up and blast the board with combos. Complete missions to boost your score and earn digital prices like Rare Disney parks themed emoji, such as Mickey Ice Cream Bar, the Matterhorn, and Mickey Mouse Ear Hats.

As you play the game more emoji are added to your custom keyboard. The Disney Emoji Blitz keyboard can be used to send Disney and Pixar emojis to friends in messages. 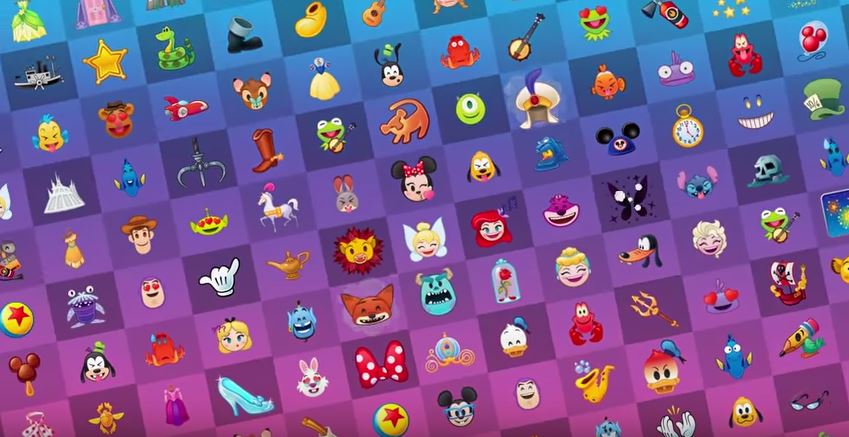 If you love the idea of having your own collection of Disney Emoji, you’ll want to be at Disneyland’s Downtown Disney on Sunday June 17th from 2pm to 8pm for World Emoji Day. There will be emoji themed games, prizes, photos ops, and entertainment by Radio Disney. Plus pop group “Forever in your Mind” will have a live music concert.

Disney Emoji Blitz is now available to download for free with in-app purchases on the iOS App Store and Google Play for Android. Keep playing because new Disney and Pixar-themed emojis will be added in the coming months.