Disney Kingdoms adds The Enchanted Tiki Room to its lineup 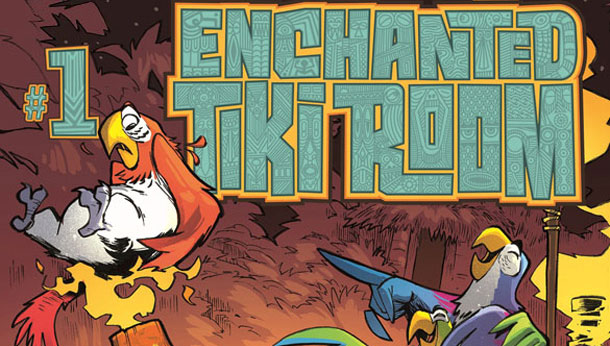 Marvel’s Disney Kingdoms series seems to be hitting its stride. Figment 2 was just released in hardback a couple of months ago and the fourth issue of the Haunted Mansion comic comes out later this month. Added to that, the Disney just announced that the next installment in the series will take us to an enchanted island where all the birds sing words and the flowers croon. 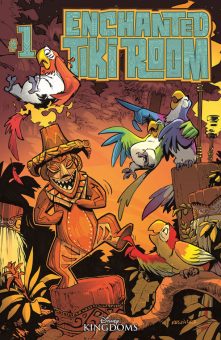 Enchanted Tiki Room #1 will debut this Fall. The series will be written by Jon Adams with artwork by Horacio Domingues. The cover artwork is done by Brian Kesinger (you can thank Mr. Kesinger for the (Kylo Ren and Darth Vader as Calvin and Hobbes) images floating around the Internet).

The Disney Parks blog has a great interview with the team behind this new story including Imagineers Tom Morris, the Executive Creative Director, Andy DiGenova, the Associate Producer and Josh Shipley, the Creative Services Specialist.

One of the interesting bits of information to come out of the interview is that each issue of the comic (there will be 5) will tell a different story instead of having a single story told over the story arc.

Adams said, “The Enchanted Tiki Room is a place of legend, fantasy and mystery. I grew up watching shows where new characters were introduced each week into a familiar setting that had previously established characters. I wanted to apply that vignette storytelling concept to this new series. In each issue, new visitors will arrive by boat to an isolated island populated by singing birds, plants, and ancient Tiki gods.”

Not only did shows have this style of storytelling, so did comics. Telling one story over multiple issues is a relatively new concept for the comic world especially as sales of trade paperbacks (bound collections of the story arcs) have increased. The older way is great for getting new readers who don’t want to have to jump into the middle of a story while the new is better for telling stories with a bigger scope (and for selling trade paperbacks).

I have really enjoyed this series and am glad to see it continue.

What attraction would you like to see them tackle next?