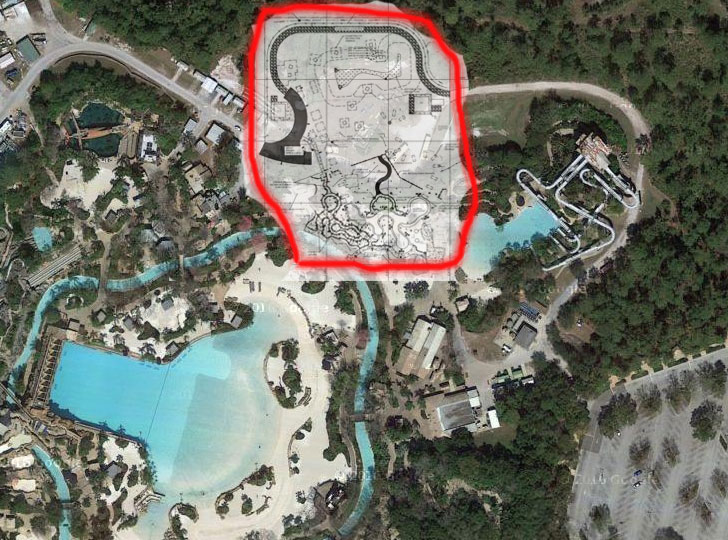 It’s been 8 years since Disney last added an attraction to either of its water parks. Crush ‘n’ Gusher brought the concept of a ‘water coaster’ to Walt Disney World in 2005 with the promise of more coming soon. Alas, the great recession put any plans for expansion on hold at Disney’s Water Parks until now. We finally we’re seeing plans for a new elevated family style raft ride at the park move forward.

This new ride will be located adjacent to the Crush’n’Gusher water coaster on land that is currently unused.

If you look at these plans filed with the county and follow the support beams, you’ll get a general idea of where the raft ride will go. Universal Orlando Resort will soon be opening Volcano Bay just down the street. So expect the water park wars to continue to heat up in Central Florida.

No official name or theming has been announced for this new project, nor do we have a completion date.

previousIger, Disney to produce movies in China within a year
nextDisney Kingdoms adds The Enchanted Tiki Room to its lineup