Disney has a rich history with comics, and I don’t just mean Marvel. For example, did you know that Scrooge McDuck originated in the pages of the Donald Duck comics? Along with original stories, Disney would put out stories that tied in with the latest movie release and even the theme parks, because the Disney company has never turned down an opportunity for synergy.

To celebrate Disneyland’s 60th anniversary, IDW has packaged and re-released a number of these theme park related comics in a two issue set. 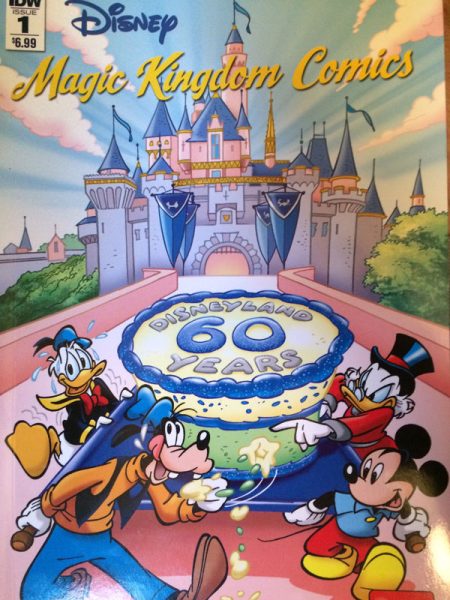 I say “two issues” but they are bigger than the average comic book, though smaller than a trade paperback. The first issue is in stores now and includes four stories.

The first was written and drawn by the legendary Carl Barks (who you can thank for Uncle Scrooge as well as most of the rest of Donald’s family and friends). The story uses Scrooge and Grandma Duck as a framing device for Scrooge to tell Grandma a story of his younger days. This framing devise was used a lot for the theme park tie-ins. The characters would be visiting the parks and something would remind them of some adventure they went on earlier. The third story uses the same devise.

Scrooge has taken Donald, Daisy and their nephews to Euro Disneyland (now Disneyland Paris) and as they get in line for Pirates of the Caribbean they are reminded of their run in with real pirates. 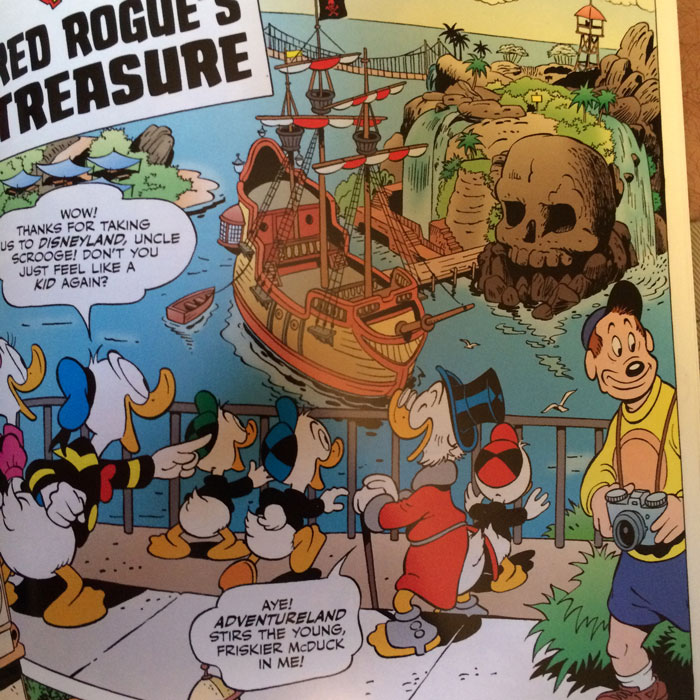 The other two stories actually take place in the parks. The second story in the issue follows Mickey and Donald as they head over to the Country Bear Jamboree to see the show. Unfortunately, the show can’t go on because some of the bears are missing so the pair team up with Henry to find them. 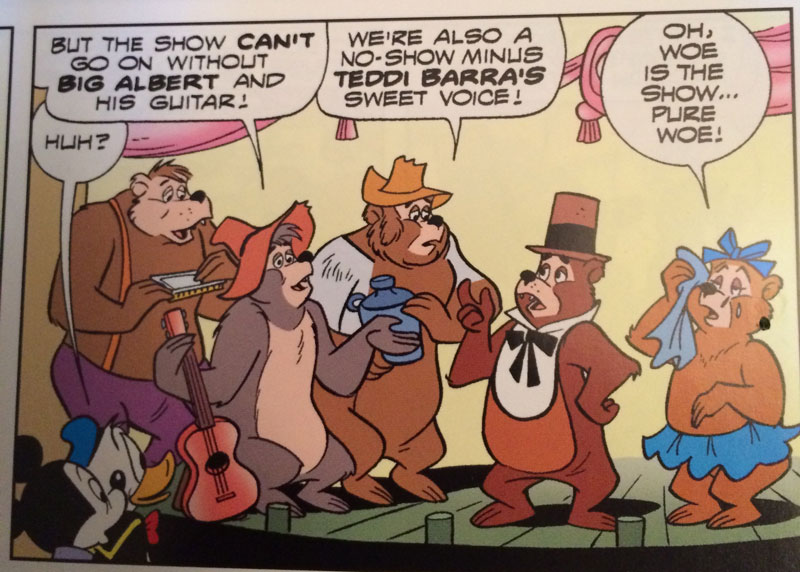 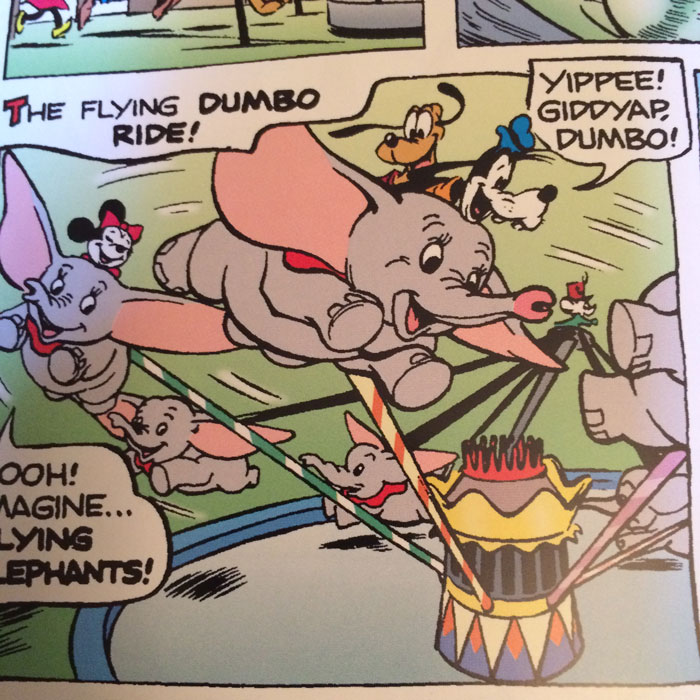 Overall the stories are weak, after all, the main point of them was to advertise for the parks not tell a story. But the art is great, especially Bark’s story. But they are fun so if you like comics and Disney history, I say pick this one up.

The second volume will come out on August 3 and will include stories of Scrooge and Flintheart Glomgold fighting in Adventureland and Donald battling the Beagle Boys on the Matterhorn.

Have you read any of Disney’s comics?